Jada finally admits to dating Will before his divorce 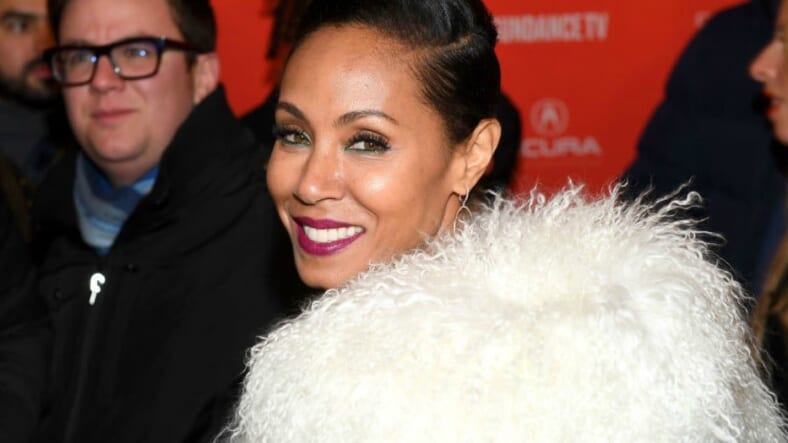 It’s no secret that Jada Pinkett-Smith’s marriage to mega-star Will Smith and her parenting style are considered pretty unorthodox. She refers to herself as the mom of free black kids and she has often said that while her marriage is not technically open, she doesn’t have rules if her man decides to dip on the side.

So, it’s no surprise in a recent interview Pinkett-Smith pulls back the veil a little bit more and reveals that her husband wasn’t actually divorced from his first wife Sheree Zampino when she initially started dating him, reports PEOPLE.

Pinkett-Smith is giving up all the piping-hot tea while sitting at the table for her new show Red Table Talk on Facebook Watch. On the show, Pinkett-Smith dishes about life experiences from different perspectiveswith her mother Adrienne Banfield-Norris as well as her 17-year-old daughter, singer Willow Smith.

In an upcoming episode, Pinkett-Smith’s mom let the cat out of the bag.

“I think initially when Will first called you, I think he was still married or he was just separated, or something, and I said, he’s not available to you,” Banfield-Jones said, after revealing she wasn’t the biggest fan of the actor at first.

Despite dating Smith while he was still married, his ex-wife Zampino and Pinkett-Smith are now on good terms.

“That’s our first episode. That’s our Mother’s Day episode,” Pinkett-Smith said. “I thought it was important to have that conversation because she (Zampino) was my entry point to motherhood. I was co-mothering with her. At that particular time, before [having a blended family] was popular, before it was even an idea, we were trying to create something that we had never experienced.”

Will Smith shares a child Trey with Zampino.

“Absolutely. It’s constantly unfolding. I think now after 23 years we just have a maturity and an understanding that it’s a process.”

It’s good the two are on talking terms since Pinkett-Smith admits that she can hold a grudge for decades. On another episode she reveled that she and actress Gabrielle Union had not spoken for 17 years!

“I have a really touching episode with Gabrielle Union,” Pinkett-Smith told PEOPLE. “We haven’t been on the best of terms for 17 years and we have a reconciliation.”

That is quite a long time to let that beef stew. Union came on the show to reconcile.

And what was it that got the ladies big mad and done with dealing with each other?

“We don’t even know how it started!” Pinkett-Smith said. But admits the fight is “definitely over.”

“I’ve done a lot of sharing and growing on Facebook. Being able to engage with the Facebook Watch community in such a deeply personal way is amazing, and I’m excited to be part of something new.”

Willo is also excited to share her world as a part of the series.

“As a 17-year-old, it’s important for me to be able to talk openly about what’s going on in my life…there have been too many times I have felt alone,” Willow said.

“I feel like the only real valuable thing in life is sharing what we’ve gone through. Conversation, storytelling, pain, pleasure, joy, happiness and communicating that to each other is all that life really is. And for real, we put it #AllOnTheTable,” added the daughter of Will Smith.