R. Kelly refuses to be silenced 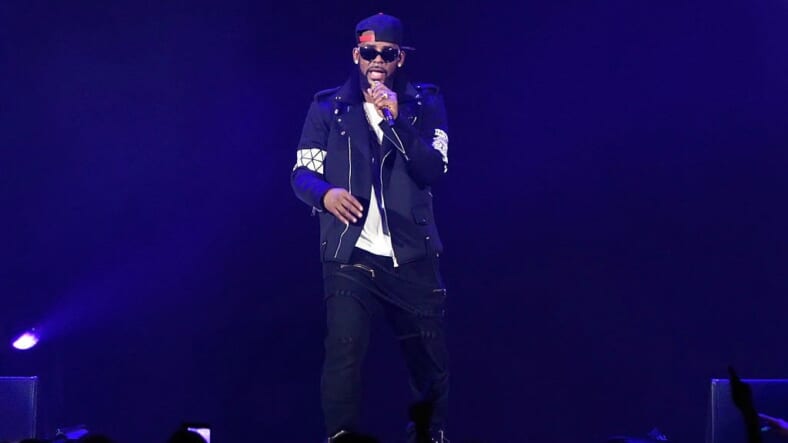 R. Kelly broke his silence on growing sexual assault allegations to blame the media for trying to stain his musical legacy and says he’s “heartbroken” over claims that he’s a sexual predator.

According to The Hollywood Reporter, Kelly released a statement Friday refuting the allegations made by several women who have said they were teenage victims who were molested and manipulated by the singer. Kelly said the claims are false and called himself “a God-fearing man, a son, a brother, and most importantly a father.”

Kelly said it’s all an “attempt to distort my character and to destroy my legacy that I have worked so hard to build.”

Recently, a woman came forward to sue the singer not only because he reportedly primed her to be a part of his “sex cult” while she was underage, but she said Kelly also infected her with a sexually transmitted disease.

Even though this unnamed woman and others have come forward and made these claims, Kelly says it’s media that “has dissected and manipulated these false allegations.”

Kelly said he’s “heartbroken” and his attorney likened the allegations made toward Kelly to racist lynchings.

Today more women have come out to speak up against Kelly.

Days after the Women of Color of Time’s Up published an open letter calling on corporations to boycott R. Kelly, two additional women have come forward to accuse the singer of sexual abuse.

During an interview with BuzzFeed News, one woman, Lizzette Martinez, claims she had a four-year relationship with Kelly during the ‘90s when she was a 17-year-old Florida high school student and Kelly was 28 (the age of consent in Florida is 18).

Martinez says he was mentally and physically abusive, took her virginity, hit her on five different occasions, and at times, forced her to perform sex acts against her will.

The other woman, Michelle, is a Chicago mother whose daughter “N.” began a relationship with Kelly when she was 17 (which is the age of consent in Illinois).

While Kelly is not currently under any investigations, the #MuteRKelly campaign is gaining steam.