Get ready to see Ms. Jackson perform on the small screen for the first time in nine years. 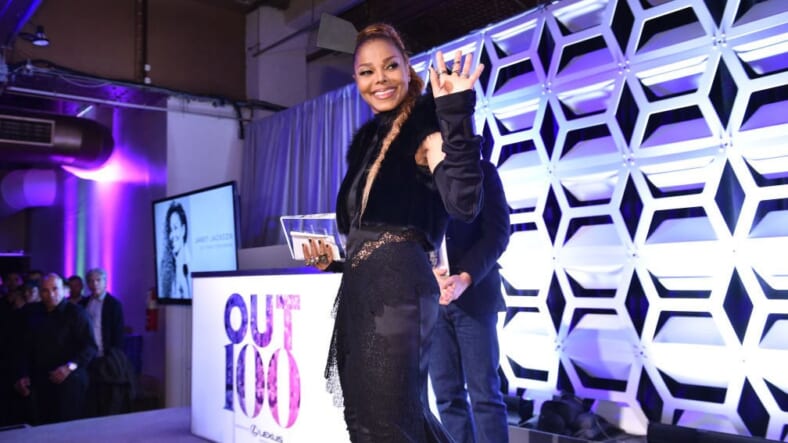 (Photo by Bryan Bedder/Getty Images for OUT Magazine)

It’s almost time for the Billboard Music Awards and Janet Jackson will be making quite a splash this year’s event.

The superstar will receive the highly-coveted ICON Award at the award show and will perform on television for the first time in nine years.

Janet Jackson has had a prolific music career and an impressive history on the charts, so she’s the perfect pick to join the list of previous recipients that includes Cher, Neil Diamond, Celine Dion, Jennifer Lopez, Prince and Stevie Wonder.

Ms. Jackson has earned more than 100 number 1s on Billboard’s charts and spent more than 300 weeks at the top spot. She has 19 No.1 hits on the Dance Club Songs charts and is one of only four artists ever to have a No. 1 album on the Billboard 200 in each of the last four decades.

If those stats aren’t reason enough to honor her with the prestigious award, consider the fact that she was the first woman to bed in the Top 10 Billboard Hot 100 and the only artist in history to nab seven Top five Hot 100 hit from one album from her 1989 smash, Janet Jackson’s Rhythm Nation 1814.

The annual award show is clearly excited to honor Janet Jackson and highlighted her numerous contributions in a press release:

Janet Jackson is one of the most influential entertainers of the modern era. She has won six Grammy® Awards, a Golden Globe Award, earned two Emmy nominations, a nomination for an Academy Award as well as dozens of American Music Awards, MTV Video Music Awards and Billboard Music Awards. She has received accolades as an actress as well, including the NAACP Best Supporting Actor award. Jackson is a published author, dancer, businessperson, philanthropist and one of the biggest-selling artists in popular music history. With sales of over 160 million records worldwide, Jackson stands as one of the best-selling artists of all time with a string of hits that have left an indelible impression on pop culture. Her music and artistry has opened doors through which other top artists have followed, many acknowledging her impact on their musical perceptions.

We can’t wait for Janet’s triumphant return to television.

Kelly Clarkson is set to host the big night that will be aired live from MGM Grand Garden Arena in Las Vegas on May 20.