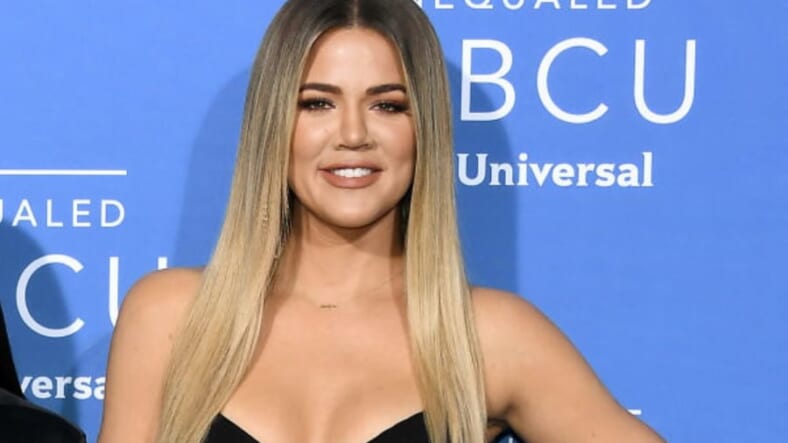 One day before Mother’s Day, the world is finally getting to see tiny True Thompson, the baby born on April 12 to Khloe Kardashian and boyfriend Tristan Thompson.

Khloe Kardashian posted a few-second video to her Instagram account showing the alert and adorable baby looking up at her mom. Kardashian is heard saying “Happy one month old” and “I love you pretty girl” to the baby, who has freckled cheeks and mile-long eyelashes. She is wearing a white romper.

The endearing moment is a nice break from the stream of turbulent news regarding little True’s parents.

The cheating scandal involving Thompson, a player for the Cleveland Cavaliers, surfaced just before the birth of little True. Tapes surfaced of the NBA star in trysts with several other women, including one who says she is pregnant and Thompson is the father. Kardashian has attended at least one Cavaliers game since the explosive revelations, leading some to wonder whether it was an indicator of her support of her significant other.

READ MORE: Woman in sex tape with Tristan Thompson claims she is pregnant

With one of the women, identified in reports only as Tamia, Thompson partied at clubs in NYC and shared late-night drinks at the Four Seasons Hotel. Tania even went to Cleveland to see the Cavaliers play, TheGrio has reported.

In November, Tania was seen leaving a New York City hotel early in the morning and Thompson followed soon after, TheGrio has reported.

According to reports, Thompson exited and returned to the same hotel several times during his visit to the Big Apple to allegedly play more than basketball. Back in March, when these episodes took place, the Cavaliers were playing the Brooklyn Nets. The hotel involved in these episodes is the same where Thompson is alleged to have spent time with another one of the women.

There’s A Bit Of A Pattern

Thompson already has a 16-month old son, Prince Oliver, with ex significant other Jordan Craig, who he allegedly left to date Khloe Kardashian while Craig was pregnant. Kardashian and Thompson began seeing each oher in September of 2016 and Prince Oliver was born that December.

Thompson was booed at a Cavaliers game shortly after the scandal became public.