Are you seriously going to wake up before sunrise for this? 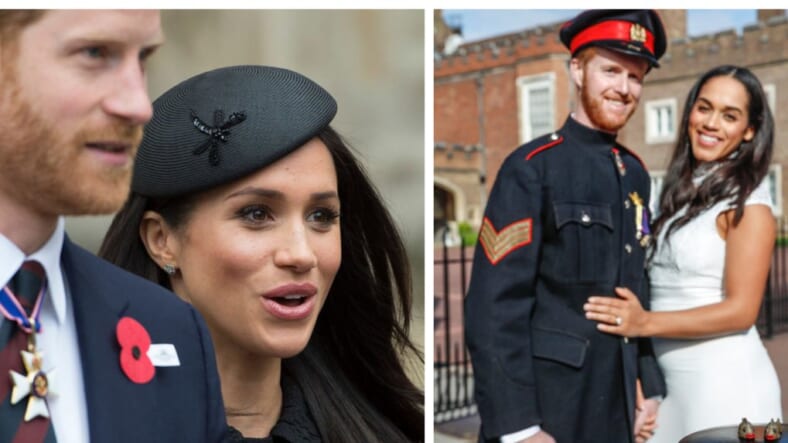 Editor’s Note: Whether you watch or not, you can catch the highlights right here on theGrio.com. Just sayin’.

You know what I got no less than six news updates about on my phone the other day? Whether or not Meghan Markle’s flip-flopping-ass dad is going to walk her down the aisle when she marries Prince Harry of Wales in the latest royal wedding this weekend. I doubt we ever again in the history of everdom get news updates from major publications regarding a mundane issue that wedding planners are paid to manage.

It was just the latest regarding an event for which there’s a completely inverse correlation between the number of f—s I give and those of the rest of the world apparently seems to these days.

Two people who’ve never really done anything to entertain us (unless you count public nudity in Las Vegas and a supporting role on a USA show no one I know watches) are getting hitched some 4,000 miles and eight time zones away. Yet, I can’t buy a pack of gum in a grocery store without seeing those two splattered all over every cover on the magazine racks.

READ MORE: Thomas Markle says he WILL walk Meghan Markle down the aisle amid photo scandal and health scare

You people can’t seem to get enough of the royalty – so much so that hundreds of U.S. theaters will air the royal wedding after it airs for free on your television. If you plan on going to one of these screenings, just give me your $10 and I’ll feed it to my neighbor’s dog.

I get that many of you are enchanted by the fairy tale of it all thanks to your mama dropping you in front of Disney films throughout your childhood. But here are a few reasons why, if I were you, I’d care far less about the fact that Markle is resigning herself  to live in a region with the shittiest food on the planet:

1.The ceremony is early as shit

The wedding itself kicks off May 19 at 7 a.m. EST and 4 a.m. for our friends on the west coast. Since this shit will be like the Oscars but with more people that sound like Jude Law, televised pre-game events will start several hours earlier. Saturday morning is the only time that many (non-heathens) get to sleep in on any given weekend, so I can’t fathom waking up early for a wedding I don’t have to attend. I’ll be doing what you should be doing: sleeping in after an evening of enjoying Deadpool 2.

2. You’re missing the best damn part of a wedding

Every dude I’ve ever met has the same reaction to weddings: let’s chop-chop through the damn ceremony so we can get right to the food, bottom-shelf open bar and marveling at all the idiots who managed to get hold of a microphone while lubed up. Take it from a man who had a wedding: the very best part is the reception. No one will remember the pastor’s speech, but they’ll never forget the night they had with the maid of honor that no one is ever to speak of again.

3. She won’t actually be Princess Meghan

For those of you amped about one of “yours” becoming a proper princess, think again. Old-ass British protocol essentially nullifies any claim Markle will have to the title of princess, as was the case with Kate Middleton when she married Prince William in 2011. Markle’s title will likely be something wack like Her Royal Highness Princess Henry of Wales, which is about as sexy as a kale salad and as patriarchal as you can imagine from the British Crown. Also, everyone crowing about Markle becoming the “first black princess” has that white powder in their eyes, ignoring the several black princesses in Africa and other non-European nations.

It’s not just the fact that I keep seeing articles about Thomas Markle constantly changing his mind regarding walking his daughter down the aisle.  Thomas has been accused of staging paparazzi shots to get paid off his daughter’s big day, and some members of Markle’s estranged family have taken the trip to London despite the fact that the Queen’s Guard might shank them up if they try to crash the wedding. Markle is probably thrilled to get thousands of miles away from all that dumb shit. It be the ones closest to you…

There’s probably no bigger contemporary example of snobbishness and unrepentant whiteness than the British Empire. Their whole idea of propriety is the polar opposite of everything we enjoy about folks like Cardi B and Tiffany Haddish. If anyone thinks that Markle’s barely-passed-the-paper-bag-test ass is going to usher in some new era of Black culture in the monarchy, I’ve got bridges to sell. She’s already dealing with racism from the British press to the point where Harry had to step in so I’m scared to imagine what she’s experiencing from all the old hags scattering about Buckingham Palace. We already know about that “blackamoor” brooch Queen Elizabeth’s cousin wore last year. In sum, I don’t think this is the Black win we’re seeking.