Decades after punishment for Alabama sit-in, former students get justice

A 1958 civil rights action brought the anger of Alabama authorities against 29 Alabama State students and faculty members. Now, the action against them is reversed. 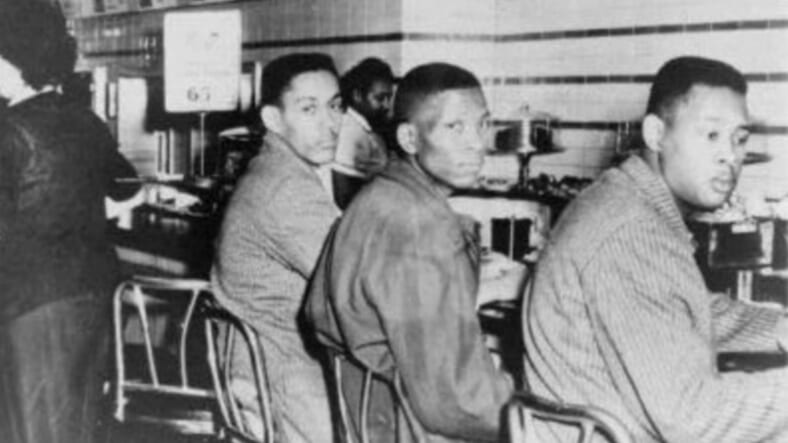 When four students in Greensboro, North Carolina decided to sit-in at the lunch counter at F.W. Woolworth, the momentum spread quickly to other college students throughout the South, actively bringing the voices of youth into the ongoing freedom struggle.

An Alabama state superintendent righted a wrong that haunted civil rights protestors for nearly 60 years when he cleared the records of students who conducted a sit-in at a lunch counter.

Ed Richardson, interim state superintendent, read a letter that would expunge the files of 29 Alabama State University students who were disciplined during the Feb. 25, 1960 lunch counter sit-in, reports Al.com. Four faculty members who were fired also had their records expunged by Richardson as well.

At the time, Alabama Gov. John Patterson called the staff “disloyal” for taking part in the cafeteria sit-in at the Montgomery County Courthouse. This marks the first time in the state’s history an official action admits to past wrongs of Alabama’s first lunch counter sit-in protest to desegregate.

Witnessing the historic reversal, Derryn Moten,chairman of the history and political science department at Alabama State in Montgomery expressed his relief.

“I was shocked but elated. To me, this was such an egregious wrong. I just wanted it righted. I am so satisfied and pleased we were able to get this done.”

After the protest, 20 Alabama State students who participated were put on probation and n nine were expelled. Of those, only three are still living: James McFadden, 78, of Philadelphia, Pennsylvania; Joseph Peterson, 83, of Birmingham; and St. John Dixon, 80, of Richmond, California.

“Me, at 80 years old, it won’t make a difference one way or the other,” said Dixon, looking back.

READ MORE: 2018 Billboard Music Awards Recap: Who won big and who got robbed

Peterson shared that sentiment: “After 58 years, it doesn’t matter.” But McFadden expressed his satisfaction, saying he “thought it was time.”

“While no current State Board member or Department employee is responsible for the actions at issue, I regret that it has taken 58 years to correct this injustice. I can only hope that this action will provide a modicum of comfort to the people affected,” Richardson wrote.