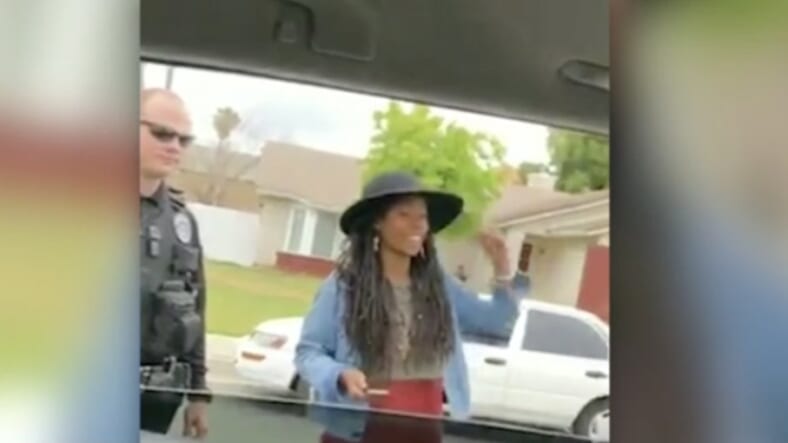 It’s likely that the neighbor in the Rialto, California incident wouldn’t have called police if the guests were white. Airbnb believes they can combat the bias that exists when renting to Black customers.

Last month, four creative professionals (three of them Black) traveled into Rialto, California for an event that ended with seven police cars called on them by the neighbor of their Airbnb host. You see, the group did not return the white woman’s greeting with a smile and a obligatory wave back. Who knew that a “how ya doing” could be a fear-assuaging technique to stave off law enforcement while exiting a property and putting ones belongings in your automobile.

Airbnb can be a useful resource to travelers who are looking to have an authentic neighborhood experience without breaking the bank, but after this incident, it is woefully clear that not everybody who works with Airbnb is playing along with the company’s vision of providing safe places for all. Travelers of color are in fact concerned, afraid, and want solutions to the bias that seems to revolve around Airbnb hosts.

TheGrio.com spoke with Janaye Ingram, the head of national partnerships for Airbnb, about the Rialto incident and for concrete and specific answers to how Airbnb plans to support, advocate and protect their Black customers.

theGrio:  Airbnb wasn’t at fault for the incident in Rialto, but it is another sign that bias exists. In addition to your partnership with NAACP, what are some of the other things that your company has done to deal with platform users who discriminate?

Janaye Ingram: Doubling down on combating discrimination has been something we have taken head-on as a company. We have ongoing meetings, including one with the Leadership Conference on Civil and Human Rights, a well-regarded civil rights organization that brings together, in a coalition-style, a few hundred civil rights groups. They touch everyone from LGBTQIA to Blacks, Asians, Native Americans, Sikh, you name it.

Even though Airbnb has people like me who come from a social justice and civil rights background, as a travel company this is not the work that we do on a day-to-day basis. We consider it incredibly  important to have partnerships and conversations with organizations like the NAACP and others that do this work daily…as well as groups like Nomadness, who help us reach an expanded demographic.

READ MORE: ‘It had nothing to do with being Black’: Airbnb owner defends neighbor who called the police on Black guests

theGrio: Airbnb has opened up the opportunity, when needed, to make lodging far more affordable, but in these times, travelers of color may feel at risk.  How can hosts help keep their guests safe?

Janaye Ingram: One of the things we are discussing as part of our NAACP partnership is doing more host education focused on combating discrimination…and we are looking to our civil rights partners to help us address some of these issues. This educational initiative hasn’t started yet, but I think it’s a huge opportunity for us to explore how we talk about topics that impact hosts and guests.

We also have a help center and customer experience agents who are there to often help with facilitating conversations between hosts and guests.

Anti-bias training is also something that hosts can opt into and take, in addition to our community commitment — which every user, host or guest, has to sign — which says they will not discriminate…and those who do will no longer be part of the community.

theGrio: Sounds like the training it is something you opt-in to. Will it, at some point, become mandatory for all hosts?

Janaye Ingram: We’ve examined whether to make it mandatory or whether we should leave it as opt-in. I don’t know that we’ve come to any firm decision. This is part of an ongoing internal conversation that is also informed by feedback from our partners.

theGrio: What if you are a traveler and you experience a discriminatory incident in the beginning or in the midst of your stay. What should guests do?

Janaye Ingram: Back in 2016, we instituted the ‘Open Doors’ policy and quite frankly I don’t know that enough people know about it. It’s true, sometimes micro-aggressions and/or implicit bias happens; people say things, and maybe they don’t mean it in a certain way or maybe they do. If a guest says, ‘I feel that I have been discriminated against,’ then that guest does not have to investigate. The burden of proof is not on them. Each reservation has a help number, if a person believes they’ve been discriminated against they can call and report it…and we’ll make sure they have accommodations for their stay as we begin the investigation process.

theGrio: For those people who insist on violating your diversity terms of service, what happens to them? Are they immediately dismissed?

Janaye Ingram: When we talk about a host being discriminatory, that’s a wide range… for example, the Big Bear incident that kicked off ‘Airbnb while Black,’ are explicit discrimination and in those instances, the user is removed from the community.

There are other instances where people are not immediately removed, but if it’s a pattern that is established over time, then they eventually will be removed.

READ MORE: Activist and attorney both allege a Texas trooper raped a Black woman who was pulled over for DUI

theGrio: Although Marie Rodriquez didn’t call the police, some people are very upset with her for standing with her neighbor who DID call the police. Many folks believe she should be removed from the platform. Why is she still able to host?

Janaye Ingram: That’s part of an internal investigation that I can’t publicly comment on at the moment.

[Airbnb did offer to follow up with us after their investigation into the host’s actions was completed.]

theGrio: What would you say to people who feel like they need to change their “ethnic-sounding” names, or hide their photos to secure a place to stay on your platform?

Janaye Ingram: I would encourage people not to hide their faces or change their names. This is where the ‘Open Doors’ policy is effective because it allows us to address if, and when, people feel they have been discriminated against.

READ MORE: Barack and Michelle’s new deal will let you Netflix and chill with the Obamas

If you receive word that a host was looking for ‘a different type of guest,’ it shouldn’t be on you to figure out what that even means. Contact us so that we can investigate and if this host, in particular, has a pattern of looking for different types of guests, we’ll be able to track that. If discrimination is found, we will remove that host from our community.

Anyone who is in violation of that community commitment will not be part of our community. And so, when people report to us incidents where they believe they’ve been discriminated against, this allows us to create a community that is completely welcoming to every and anyone.