The former First Couple will bring a series of productions to the streaming service, according to an announcement 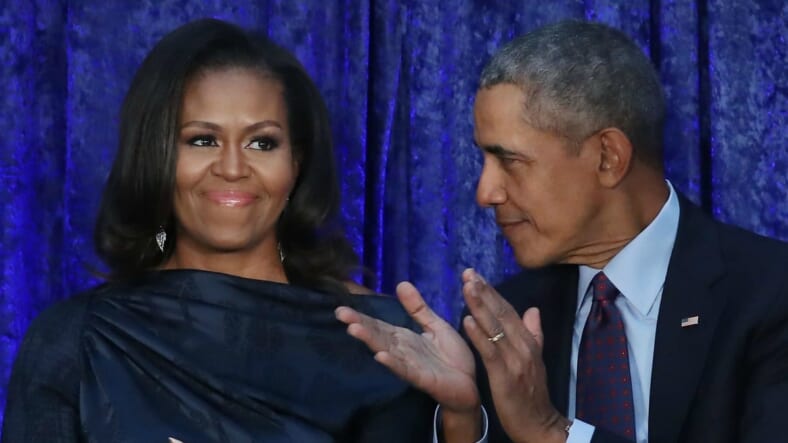 President Barack Obama and Former First Lady Michelle Obama will continue to make magic happen as the dynamic duo they are, and to our delight, they have secured a deal to produce movies and series for Netflix, reports Variety.

The Obamas secured a multi-year deal and together, the high-profile couple will create docu-series, documentary films, and features.

It’s a joint venture the 44th president is looking forward to.

“One of the simple joys of our time in public service was getting to meet so many fascinating people from all walks of life, and to help them share their experiences with a wider audience,” said President Obama.

“That’s why Michelle and I are so excited to partner with Netflix – we hope to cultivate and curate the talented, inspiring, creative voices who are able to promote greater empathy and understanding between peoples, and help them share their stories with the entire world.”

The former First Lady is also excited about partnering with her Presidential bae.

“Barack and I have always believed in the power of storytelling to inspire us, to make us think differently about the world around us, and to help us open our minds and hearts to others,” she said. “Netflix’s unparalleled service is a natural fit for the kinds of stories we want to share, and we look forward to starting this exciting new partnership.”

The Obamas might be happy with the deal, but Netflix knows it scored a serious catch with the influential couple.

“Barack and Michelle Obama are among the world’s most respected and highly-recognized public figures and are uniquely positioned to discover and highlight stories of people who make a difference in their communities and strive to change the world for the better,” said Netflix Chief Content Officer Ted Sarandos.

“We are incredibly proud they have chosen to make Netflix the home for their formidable storytelling abilities.”

READ MORE: 7 of the most TURNT UP moments from Harry and Meghan’s royal wedding reception

While it’s unknown just how much the Obama’s will secure in their purse for the deal. But if their book deal is any indication, it will be quite a bit. Penguin Random House signed the Obamas to a a joint book deal back in March that will reportedly pay them $65 million for their memoirs.