The 'Greenleaf' star says she and her friends were never asked to leave prior to being assaulted. 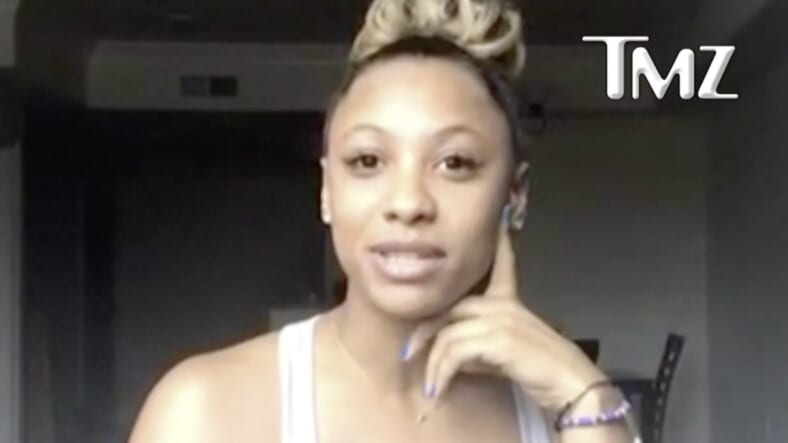 After being arrested for using the bathroom at a Houston’s in Atlanta, Asia’h Sharrell Epperson is speaking out and blasting the cop who hauled her and her friends out of the restaurant for lying.

The actress was arrested along with Brittany Marie Lucio and Erica Walker after they were allegedly dragged out of the restaurant and thrown into the bushes by an off-duty cop who also works as a security guard at the eatery.

In his report, Officer Jay Guzman claimed that he and Houston’s manager asked the ladies to leave several times before things got physical, but the Greenleaf actress is calling “BS” on his account of what went down.

“He came into the women’s bathroom and grabbed my friends and started man-handling them and basically threw them out the back door into the bushes and continued to assault them. He used extreme physical force,” she told TMZ.

“We walked in. There were three employees standing right there at the front. They said ‘Our kitchen is closed.’ and we were like,’Oh, ok. Do you mind if we use the restroom?’ The woman said, ‘Sure’ and we went back to use the restroom…There was no conversation. There was no, ‘Ladies, can you leave?’ She literally opened the door and she said, ‘You ladies have been in here for too long,’ and that’s when Guzman came in the bathroom and grabbed my friends.”

Epperson was shocked when she and her friends were arrested by police when they arrived at the scene and expected law enforcement to help them, not lock them up.

“By the time the police came there was nothing going on. Officer Guzman had stopped doing whatever he was doing and we were just kinda standing to the side waiting for the police to come,” she said. “I remember actually saying, ‘I’m going to call the police.’ I really thought that once they came that we were actually going to get some help and it was the total opposite.”

She said she’s considering a lawsuit and applauded T.I.’s efforts to get the chain shut down for good.