Video footage of the incident shows how terrified the ladies were. 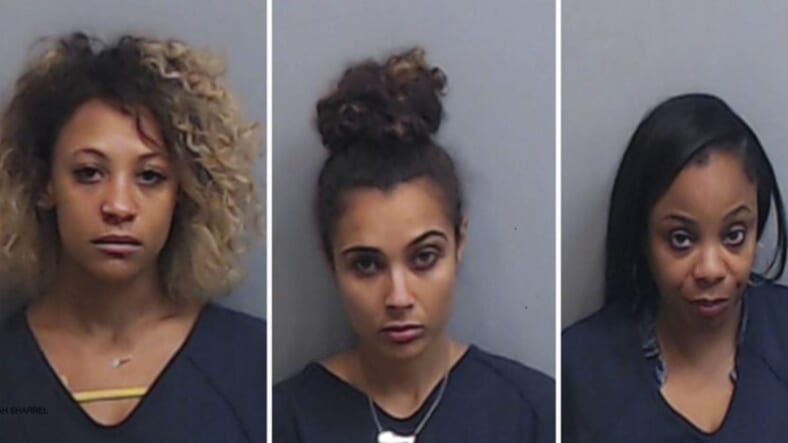 It looks like Houston’s is the latest restaurant chain to engage in racist treatment toward black folks after a police officer dragged three black actresses out of the dining destination because they were taking too long in the restroom.

Rapper, actor, and activist, T.I. has called for a boycott of the restaurant chain in response to the incident that landed the women in jail with one of them suffering injuries including a black eye.

Brittany Marie Lucio, Asia’h Sharrell Epperson (American Idol, Greenleaf) and Erica Walker say they were assaulted by an Atlanta police officer, Jay Guzman, who moonlights as a security guard at the restaurant. The ladies reportedly entered the restaurant after it was closed to use the bathroom. The officer admits he grabbed Lucio by the wrist and tried to “lead” her out the back door, but the video footage paints a much more violent picture of the ladies being man-handled and their attorney insists the officer threw them into the bushes.

“We are seriously concerned with the level of force that was used and we want answer to why they ended up in the bushes,” said their attorney, Gerald Griggs.

When asked why his clients refused to comply with the officer’s initial request for them to leave the restroom, he gave a pretty reasonable response.

“You can’t just leave the restroom after you just finish using it. You have to wash your hands. Have to make sure that you have taking care of all of your needs,” he said.

Lucio, Walker and Epperson were arrested and booked at the Fulton County Jail. All three were charged with Criminal Trespass and Lucio was also charged with Felony Obstruction. Their attorney wants all of the charges against them dropped.

“(The) response from Houston’s is very disturbing. This is a very disturbing case and we hope to be able to come to a swift resolution with the charges being dropped.”

Lucio shared photos of the injuries including cuts, scrapes, bruises and a black eye she alleges were inflicted by the officer on social media.

Absolutely UNACCEPTABLE BEHAVIOR!!!! ACCOUNTABILITY IS MANDATORY!!!! U WILL PAY FOR THIS!!! COWARD!!!! ??Houstons & Guzman!!!

The incident caught the attention of T.I., who has a history of issues with Houston’s and called for a boycott of the popular chain.

He shared his fury over the situation social media in a series of videos and posts and had a stern message for the officer involved.

“I need you to do me, homes,” he says in the video. “Come do me like that. Come drag me through the restaurant just like that.”