12-year old Black boy confronts school board saying he was bullied, kicked, and called the N-word 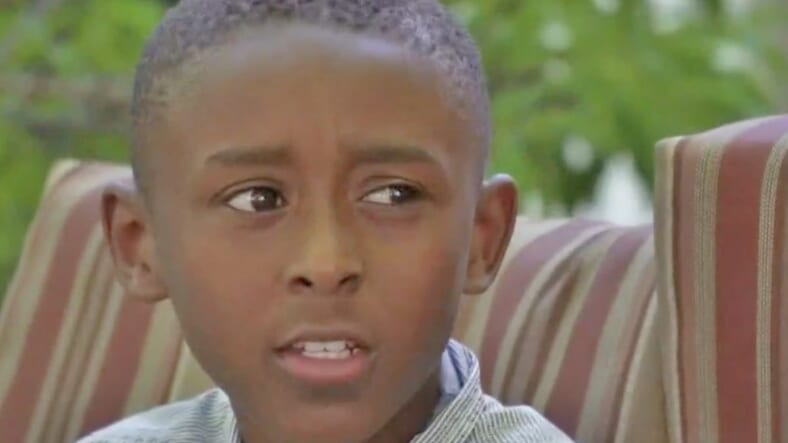 A 12-year-old Sacramento, Calif.,-area Black boy told his local school board last week that he has been thrown to the ground, kicked, punched and called racial slurs and, echoing Martin Luther King, said he wants to be known for who he is on the inside.

“I want to be known for the content of my character, not the color of my skin,” Daniel Pocklington told the Rocklin County Unified School Board, according to CBS Sacramento and ABC affiliate KXTV.

Daniel appeared before the board after his family said a number of bullying incidents directed against him were not handled appropriately by school authorities, CBS13 reported.

“I want there to be a policy where there’s no hate speech and bullying at Rocklin schools – it’s not fair,” Daniel said.

“I’m here to talk about what it’s like to be an African-American boy in your school,” he went on.

“I’ve been hit, chased, thrown down and called the N-word several times this year.”

Daniel was describing his experiences as a fifth grader at Rock Creek Elementary School, where his parents say he earns good grades, CBS13 reports.

Daniel’s mother, Adrien Pocklington, said she has tried speaking with the school’s principal and with school district officials to no avail.

“(The principal) said he was handling it, that they were doing one-day in-school suspension and I said, ‘That’s not enough. That’s not teaching my child that he matters and that the school isn’t going to tolerate it,’ ” Pocklington told CBS13.

The district has released a statement claiming that the allegations were addressed right away:

“We are aware of instances regarding offensive behavior at one of our elementary schools,” the statement read. “Each allegation was addressed immediately with an investigation and appropriate disciplinary actions taken when appropriate. Following the final instance, the principal met that day with all fifth grade students to speak seriously about a variety of related topics including tolerance and acceptance. The Rocklin Unified School District is a place where we built people up and celebrate each other, and embrace our diversity. We will continue to work with all our families, students and staff to reach that aim.”

Daniel’s mother told ABC10 that she hopes word of her son’s experience will spread and that more schools will take up a zero tolerance policy toward bullying.