This is an interesting form of community policing.

Four New York City cops are under fire for getting a little too close for comfort to a nearly naked male stripper at a senior center’s Mother’s Day event, reports the New York Daily News.

You heard that right.

READ MORE: Black man headed back to prison for 14 years because of a technicality

Wearing nothing but a black G-string and a pair of boots, one stripper posed proudly with the women while another stripper with a sailor hat moved and grooved in the background. The ladies looked pretty content posing with the muscular men, but because of that moment of fun being caught on camera, they could face discipline.

“What were they thinking?” said one police source.

Two of the officers were identified as Neighborhood Coordination Officers Amber Guzman and Nathalie Lebron. 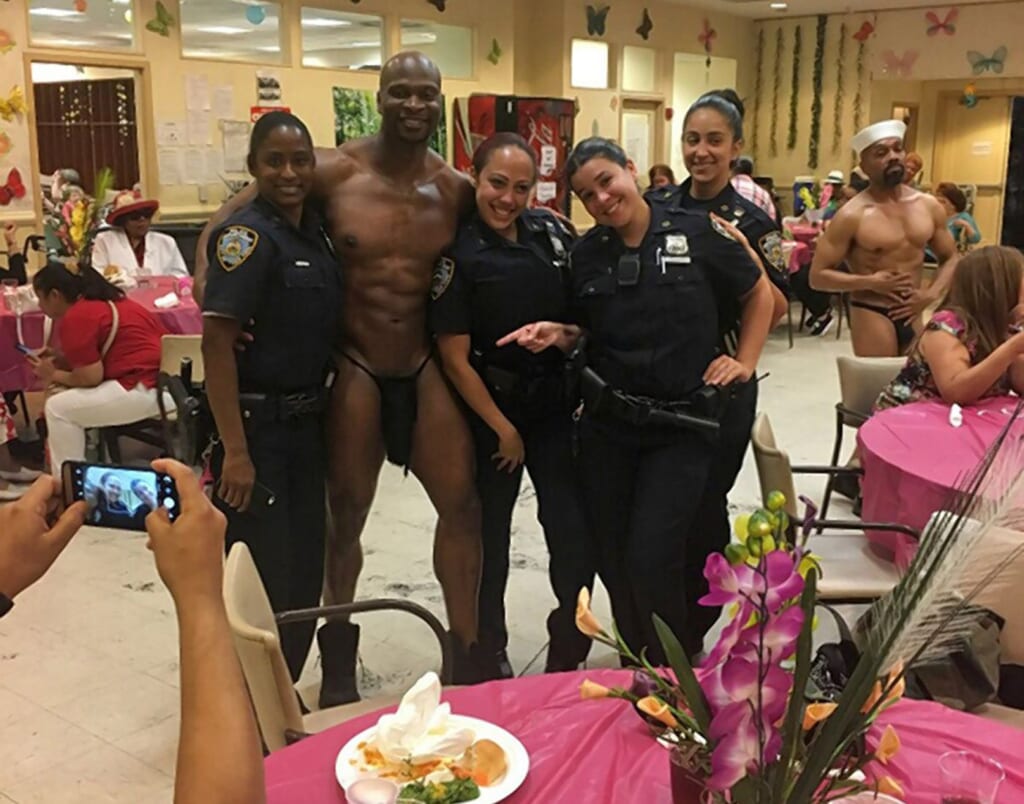 The women were doing more than neighborhood policing which is a program touted by Police Commissioner James O’Neill to connect the police with the community residents they serve. This is an interesting way for the officers to bond with the community to say the least.

“The senior center participants encouraged the officers to pose for the picture,” said Sgt. Jessica McRorie, a police spokesman.“The commanding officer is aware and will address the incident at the precinct level.”

McRorie also noted that the police officers did not know the strippers would be at the senior center.

“Everyone’s having a good time there,” said an officer at the 33rd Precinct who defended the women. It’s not like the cops are the ones stripping. Come on, how does that not make those cops more endearing? They’re there having a good time with the people there.”