Let's hope this project gets picked up in a hurry. 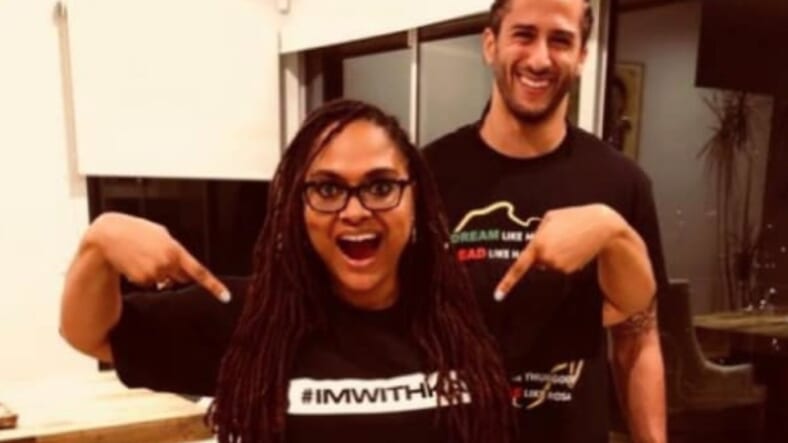 Ava DuVernay never ceases to amaze us when it comes to her work ethic, and the award-winning director has her eyes on a new project. She’s reportedly working on a comedy series based on Colin Kaepernick during his high school years, and we can’t wait to see it.

She hasn’t officially announced the project or revealed the title, but Vanity Fair spilled the beans in a recent feature.

The project has yet to be officially announced, and there is no network attached.

“She’s four weeks out from a trip to serve on the Cannes Film Festival jury, and DuVernay has a lot to do: casting for her yet-to-be-named Netflix limited series about the Central Park Five; working with editors, directors and writers on the third season of Queen Sugar, which started airing May 29; putting the finishing touches on her CBS pilot, Red Line; and meeting with her Wrinkle producer Jim Whitaker on two new projects, including the Battle of Versailles movie at HBO and a TV comedy series with Colin Kaepernick that centers on his high-school life.”

Considering the fact that the third season of Queen Sugar just premiered on OWN and is already taking our breath away, we know we’re in for a real treat when this project comes to fruition if Ava DuVernay is at the helm.

Colin Kaepernick is one of the most influential figures in sports, and his Take a Knee movement is still a hot-button issue across the country. President Trump just announced that he’s cancelling the planned Philadelphia Eagles White House visit due to several players being uninterested in attending.