It’s no secret that Father’s Day often lacks the pomp and fanfare that is typically reserved for mothers. In fact, it’s not uncommon to see stories about fatherhood in the Black community specifically often leaning more negative than positive. Emotional turmoil and absenteeism are unfortunately prominent themes. However, through his own personal journey, former NFL running back, Rashad Jennings is aiming to change that narrative and open a pathway to forgiveness.

It was actually a low point of Jennings’ waning relationship with his father back in 1998 that would inadvertently plant the seeds for reconciliation today. In his youth, Jennings suffered from severe asthma, yet despite warnings from his doctor his father, Albert routinely smoked in the house. During an attempt to confront his dad about the issue, a 13-year-old Jennings found himself roped into a conversation he wasn’t expecting. For the first time since he could remember his father asked him about his goals in life.

“A part of me was really touched, but the other half knew that he’s just being arrogant. So I took my chance and I told him anyway. ‘I want to be a running back in the NFL.’”

After taking another sip of his drink and a puff, his father replied doubting Rashad’s ability to avoid succumbing to the same vices later on in life. Jennings was taken aback, but ultimately stood strong.

“I looked at him with tears in my eyes and said, ‘Just to prove you wrong, I’m never going to do it.’”

READ MORE: Father of toddler left dangling from balcony in Paris was out shopping and playing Pokemon Go

He repeats the words today with a conviction that feels just as palpable as it must have two decades ago.

Twenty years later, the 33-year old Jennings has not only lived up to his promise to never smoke or drink alcohol, but both he and his father have found surprising solace in that moment. An event that should have fractured any semblance of a relationship instead became the bedrock of a thriving relationship today.

”For him, watching this little kid trying to prove him wrong actually stopped him from drinking and smoking himself later,” Jennings said. “So in a way, we saved each other’s life.”

Jennings details his journey in his New York Times Best Seller, The If in Life: How to Get Off Life’s Sidelines and Become Your Best Self. Part self-help and part biographical, it’s the story of how the man known for his slick moves on both the gridiron and the ballroom dance floor (he won season 24 of Dancing with the Stars a year ago), was able to conquer any resentment he had for the man that should have been his hero.

“I can’t think of one time where he took me to see a movie, to play catch outside or just us sitting and having a conversation. All I recall is him drinking and smoking in the house,” Jennings said. “My dad retired from the Air Force, and then he went through a dark stage. He relied on smoking and drinking to cope, so I grew up with a different father than my older brothers did.” 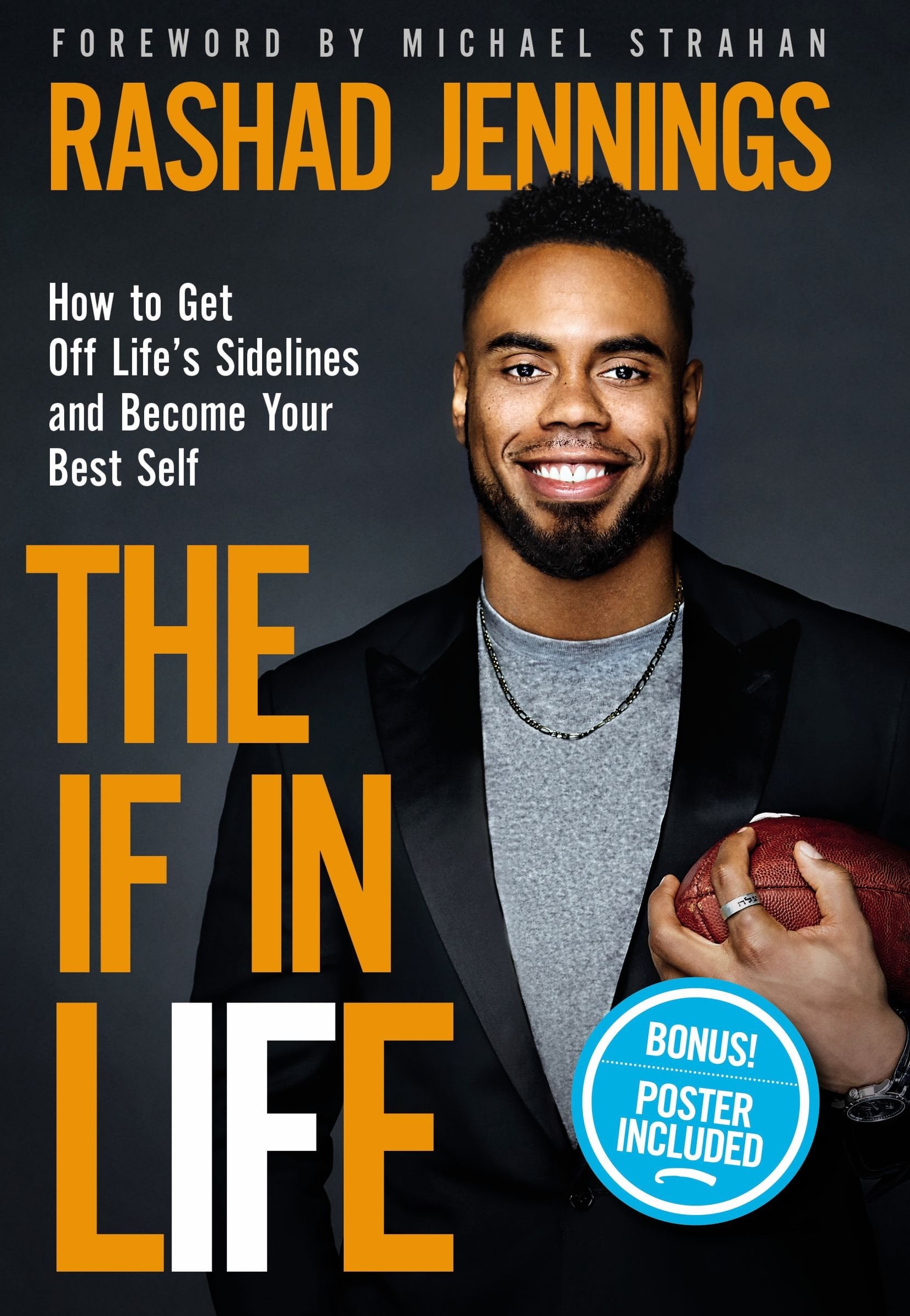 As a bespectacled, chubby pre-teen, Jennings might have appeared to be a different species altogether from the physically imposing NFL star he would become. Yet, beneath his physical transformation remained the same kid that pined for his father’s affection. When Albert Jennings faced some serious medical issues six years ago, his youngest son started to look within for answers.

“I thought to myself, I’m here waiting on this man to come to me, why don’t I go to him?”

Jennings then decided to extend the olive branch promising to call his father at 9:30 p.m. every night and pray together.

“Honestly, there wasn’t that much intrigue for me to do that but I forced myself to do it,” Jennings said. “If I wanted to help the relationship, I had to do my part.” 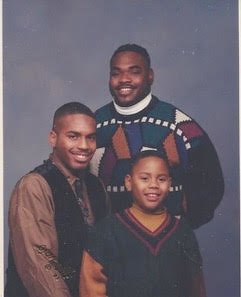 Rashad and his two older brothers. He is the youngest of the Jennings boys. (Courtesy of Rashad Jennings)

Eventually, the process became routine and they began to mend their relationship until one night when Rashad missed the routine call. It would be the moment of a crucial change in between father and son.

The ground seemed to shift for Jennings as his entire relationship with his father up to that point pivoting in just a few words, and unlike when he was 13-years old, he could tell his father truly cared this time.

“In that very moment I realized how something amazing can happen when you take ownership,” he said.

It’s that mindset, one that’s unencumbered from the burdens of pride or shame, that has served Jennings so well. It’s an ethos he lives by, taking full ownership of how the relationships in his life unfold, ensuring that he’s an active, not passive participant.

Jennings now encourages others to take his lead and be proactive in mending failed relationships.

READ MORE: Use this Father’s Day to fix and heal your broken relationship with Dad

“Just do it. Reach out to them and remember that they are human. Somebody has to be the bigger person,” he said. “If it’s constantly on your mind then it’s a relationship you care about clearly so you are doing both yourself and the person a disservice. Don’t overthink it.”

And though Jennings is not a father yet, he’s certainly enthusiastic about the prospect of becoming one someday. Father’s Day now holds a more pronounced meaning for him.

“Every father should know just how important they are in their kids’ lives, whether they want to accept it or not,” he said. “My relationship with my father is just amazing now, we talk all the time, laughing and joking. It’s unconditional love.”