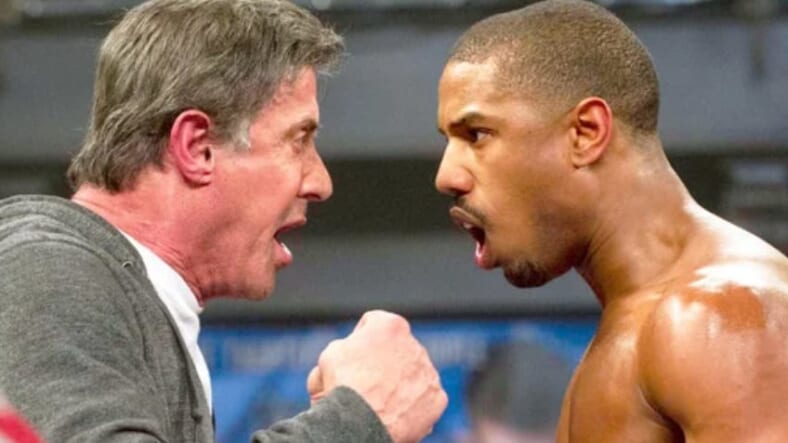 Michael B. Jordan’s new trailer for Creed II just dropped and it’s got that fiery edge that we’ve all been waiting for.

Adonis Creed, played by Jordan, is doubting himself and his ability and it looks like the next big fight is going to be the one to separate the men from the boys. And to get us hyped up, Kendrick Lamar’s I Got Loyalty, lyrics is infused throughout the clip because you’ve got to have loyalty in your heart and your mind to beat a formidable opponent like Drago.

The official movie description reads: “Life has become a balancing act for Adonis Creed. Between personal obligations and training for his next big fight, he is up against the challenge of his life. Facing an opponent with ties to his family’s past only intensifies his impending battle in the ring. Rocky Balboa is there by his side through it all and, together, Rocky and Adonis will confront their shared legacy, question what’s worth fighting for, and discover that nothing’s more important than family. Creed II is about going back to basics to rediscover what made you a champion in the first place, and remembering that, no matter where you go, you can’t escape your history.”

The film will reportedly follow Adonis Creed (Jordan)’s “life inside and outside of the ring as he deals with new-found fame, issues with his family, and his continuing quest to become a champion.”

And while Jordan has won praise for Creed and his villainous role in Black Panther, the in-demand actor isn’t limited himself by only looking at parts casting Black actors.

During their interview for Variety‘s “Actors on Actors,” Michael B. Jordan told Issa Rae that after he finished working on Fruitvale Station he told his agents he didn’t want to audition solely for roles written for African-Americans.

“I said, I don’t want it. I want to only go for, like, [roles written for] white males. That’s it,” he said. “Me playing that role is going to make it what it is. I don’t want any pre-bias on the character.”

Creed 2 is scheduled to be released November 21, 2018. Check out the trailer!