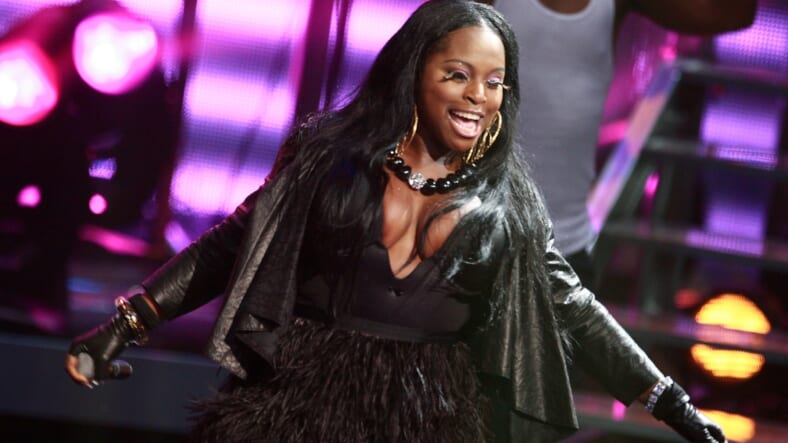 Foxy Brown shared the heartbreaking story that her father, who has lived in the U.S. for more than 50 years, has been barred from returning to the country from his native Trinidad by ICE.

“Our trip to Trinidad carnival ended in horror, as immigration stopped my father at the airport and refused him entry back to the U.S., where he’s lived for 50 something years,” Foxy, whose real name is Inga Marchund, posted on her Instagram, according to reports. “Trinidad let him through. U.S. won’t let him back in. It sent chills through my family. Her Instagram account has since been switched to private.

“We fought like hell, quiet and yes, my father’s still stuck there,” she said. The Brooklyn-born rapper posted the message on Thursday, alongside the now-famous picture of the toddler girl desperately crying for her mother at the U.S./Mexico border. It was the same day that Trump signed an executive order to suspend his self-imposed “zero tolerance policy.”

“This angel’s Baby C’s age,” Foxy wrote in the caption referencing her daughter. “I’d literally f—ing die, torn apart from my daughter. The atrocity at the border is unspeakable; subjecting any child to an environment conducive to horror speaks volumes of this demonic-ass world we live in.

The post comes with the sad irony that Foxy admits that she once, much like Kanye West, oddly supported Trump. It appears that respect is no longer there now that it has affected her family.

“I too, much like Kanye, were one of the few celebs who didn’t jump on the bandwagon and publicly denounce Trump,” she said. “Although I did not agree with every action — let me reiterate that, did not agree with his actions — I respected the art of the deal, politics aside.”

“Seeing these angels torn from their parents,” she said, “I knew no longer could I fight this in silence.”