The sisters are reportedly boycotting the show until their contracts are renegotiated. 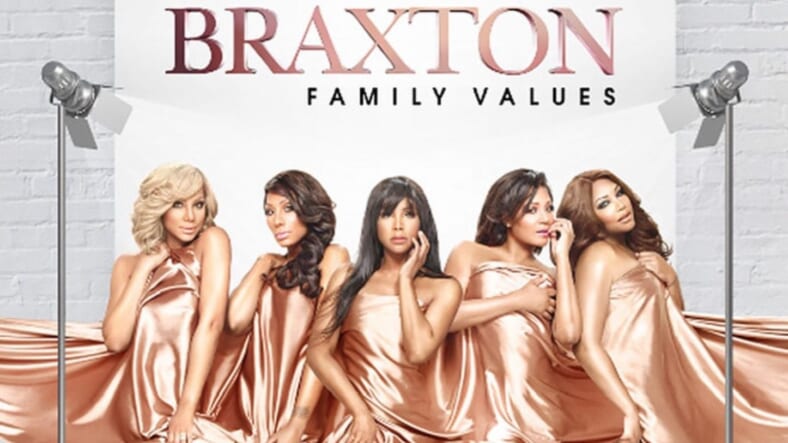 Braxton Family Values fans may be out of luck if these rumors are true.

According to reports, Trina, Tamar, Towanda, Traci, and Tamar Braxton are boycotting their hit reality show until their contracts are renegotiated with WeTV and Magical Elves production company.

According to reports, the sisters decided not to show up for a schedules taping in Atlanta last week and have no plans to return to complete season 6 until their demands are met.

Sources told TMZ the sisters are unhappy with their salaries and are demanding an increase to their wardrobe and travel budgets. Their mom, Evelyn Braxton, is reportedly refusing to show up for work as well.

So far, the network hasn’t commented on the situation but it looks like we may have to wait a while to find out how all the drama unfolds.

It has been a roller coaster year for several of the Braxton sisters, especially Tamar, who has split from her husband and manager, Vincent Herbert.

In a lengthy open letter, Braxton explained that she could no longer fake the funk in her marriage, writing in part, “Sometimes we stay ‘married’ for face value or to say ‘we did it”’ but the truth is..it couldn’t be more broken & further apart than we are NOW!..even on an anniversary! You can say he did this,she did that,I put up with ‘this’ & I’ve suffered & endured ‘this’ for so long..but the TRUTH is that this was your choice2 stay??‍♀️we get so caught up in WE are ‘winning’ in love that we are LOSING a battle that doesn’t have ANYTHING 2 do with us!,” she posted on social media in November.

The mansion the couple shared on the show is currently on the market for more than $14 million.