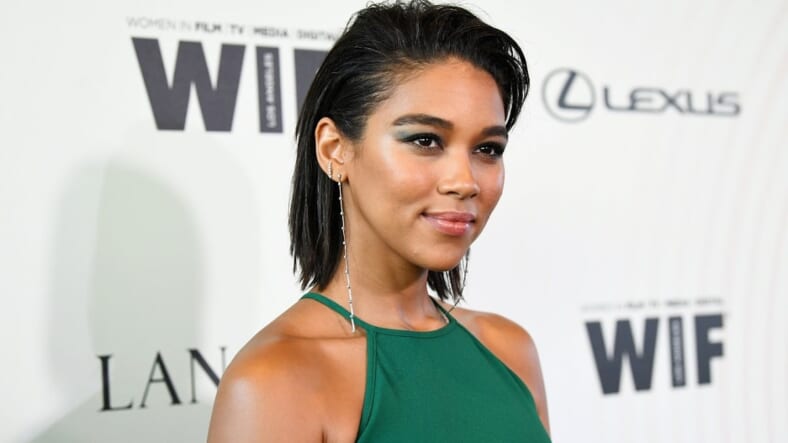 Alexandra Shipp clapped back at critics who took aim at her light complexion regarding the role of Storm in the next X-Men installment, in an interview with Glamour.

It’s pretty silly that the actress even has to battle colorism, especially since she already played Storm in 2016’s X-Men: Apocalypse and is reprising her role for the upcoming X-Men: Dark Phoenix, due out February 14, 2019.

“[I tweeted back] at people who criticized me for not having dark enough skin for my role in X-Men because we’re not going to have this conversation about a cartoon character,” she retorts.

“You’re not going to tell me that my skin color doesn’t match a Crayola from 1970. Growing up, when I was reading the comics, I pictured her looking like me. For any black girl, for there to be a black superhero, we picture them looking like us.”

“Looking like us” has been the sticking point ever since Shipp’s predecessor in the role, Halle Berry, made her debut. The comic book character is a darker shade of brown.

READ MORE: Cops: White teen who joked on Snapchat about killing Black man not at fault

Still, Shipp hit back at the skin color shade.

“This conversation about Storm is so stupid, I’m out…. If I lose my job to another actress, I hope it’s for her talent and grace, not her skin [color].”

“When I auditioned for the role, I wasn’t like, ‘Oh man, I’m not dark enough.’ I was like, ‘Finally, this is my moment,’” she told Glamour.

“I’m not playing Harriet Tubman with a prosthetic nose and darkening my skin tone. I would never do that.”

Wait, sounds like that might have been a slight to actress Zoe Saldana who darkened her skin with makeup and wore a prosthetic nose to play singer Nina Simone. But never mind.

Don’t except the X-Men actress to shut-up about defending her acting choice either.

“I hope to never censor the things that come out of my mouth. Male actors have always been able to be way more opinionated when it comes to politics. As actresses, we only get to do things like help the hungry children,” she said. “Take Angelina Jolie. She’s political in her actions, but you don’t know her opinion on Trump. I think people should speak their truth.”

“I’m exactly who I want to be every single day. I know it might be my demise — I’ll check back in with you in a couple years and see how it’s working out — but I’m my own artist,” she added. “You can’t be a great artist without having a huge opinion.”