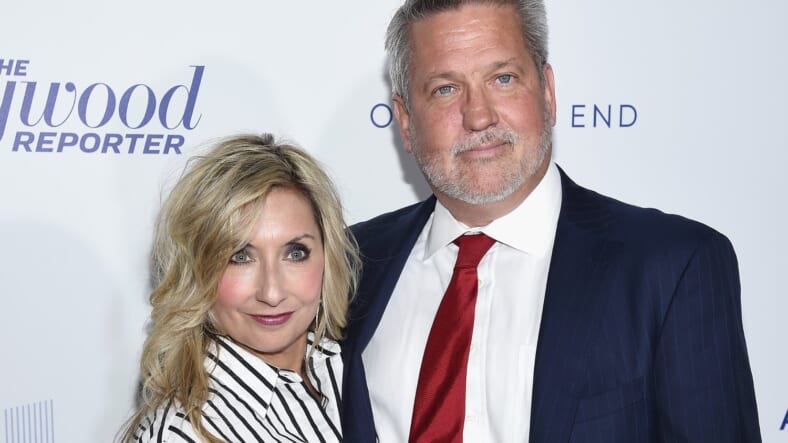 As former Fox News co-president Bill Shine settles into his new gig as the White House communications chief, Mediaite shook the trees and out dropped a load of racist tweets from his wife Darla, who took aim at Black Lives Matter and made excuses for white supremacist Dylann Roof.

Her Twitter account @darlashine was deleted when husband Bill (who was accused of turning a blind eye to sexual harassment at Fox News) got the White House gig. That still couldn’t erase Darla Shine’s long sordid history of hateful rhetoric against Muslims, while excusing racists and making racially-charged remarks on her social media pages.

“Where are the black celebrities, sports stars, musicians, why [aren’t] they speaking out tonight against blacks targeting & murdering cops?” @darlashine posted in 2016 after five police officers were killed in Dallas.

“You really are a terrible President @BarackObama @POTUS allowing our police officers to be gunned down like this,” said a tweet following the same shooting.

“Comical to see these over paid black sports stars give Black Lives Matter speech at ESPYs,” tweeted the account in 2016.

“When will Al Sharpton demand [that] young black boys do the right thing?” said another tweet.

“Imagine the protests if 3 white teens murdered a black woman #AmandaBlackburn Only Black Lives Matter I guess,” said a tweet about the fatal 2015 shooting of pastor’s wife Amanda Blackburn in Indianapolis.

“At FSU u can punch a girl in the face & only get kicked off football team but sing a song with the N word in it & you’re expelled at Oklahoma,” said a 2015 tweet, after members of a fraternity were expelled for chanting, “There will never be a N—- in SAE.”

“Yes Lets blame the Confederate Flag instead of Big Pharma and the psychiatric violence inducing Suboxone Dylan [sic] Roof was taking,” said another tweet. Roof killed nine African-Americans at a church in Charleston, South Carolina in 2015.

“Just singing to one of my jams ‘Golddigger’ by Kanye West when I realized If I sing along to the verse ‘Broke N—-‘ I might be a racist,” @darlashine tweeted in July 2015. (The tweet spelled out the N-word.)

“I have never said the N word out loud and my white children have never either. Blacks stop using the N word!”

“Funny how critics calling to ban Gone With the Wind, Jefferson Memorial, but no talk of banning the N word or Rap songs with N word in it.”

“Muslims with bombs but @potus @HillaryClinton @HarryReid trying to blame their Radical TERROR on the @GOP @NRA not Islamic Insanity,” @darlashine tweeted in 2015.

“Wondering what it was that set off the #ABC execs the #Ape comment or really the #MuslimBrotherhood comment,” said in a tweet in May when Roseanne Barr was booted from her ABC show for a racist tweet about former White House senior adviser Valerie Jarrett.

With this type of racist rhetoric, the Shines should feel right at home at 1600 Pennsylvania Avenue.