The giant online retailer got called out in a recent report by two watchdog groups. 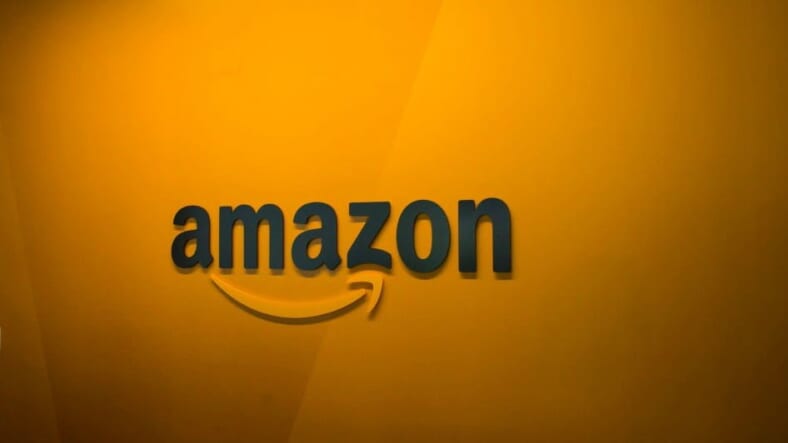 A swastika pendant. An image of a cross-burning on a baby onesie and a backpack with neo-Nazi meme.

That’s just a sampling of the products available to Amazon shoppers according to two watchdog groups.

The online retail giant is failing to adhere to its own policies by allowing the sales of products, said a report released Friday by the Action Center on Race & the Economy and The Partnership for Working Families.

Amazon has been “reactive, not proactive, in its response to use of its site by peddler of hate,” the 30-page report said.

“Amazon has a history of responding slowly – or not at all – to public pressure on this front rather than effectively preventing hate groups from using its platforms in the first place.”

The report comes some five months after Amazon reported a record $3 billion profit in 2017. According to its policies, the Seattle-based company says it prohibits the sale of “products that promote or glorify hatred, violence, racial, sexual or religious intolerance or promotes organizations with such views.”

Despite its rules, the report said it found products for sale on Amazon including Confederate flag T-shirts, and SS officer sword and a noose decal, evoking images of lynchings during slavery.

Several products featured Pepe the Frog, a cartoon the report declares is the “newly adopted imagery of the white nationalist movement.” The frog, which was cited as a hate symbol by the Anti-Defamation League two years ago, can be seen on fidget spinners and kids’ backpacks including one that had the frog resemble President Donald Trump. Many of those products were removed on Friday.

In addition, the report accuses Amazon of giving a platform for “openly racist writers, musicians, and activists, including some who advocate for violence against Black people, Muslims, Jewish people and LGBTQ people.”

Amazon said the company is working on removing some of the identified neo-Nazi products.

“Third-party sellers who use our Marketplace service must follow our guidelines, and those who don’t are subject to swift action, including potential removal of their account,” a company spokesperson said.