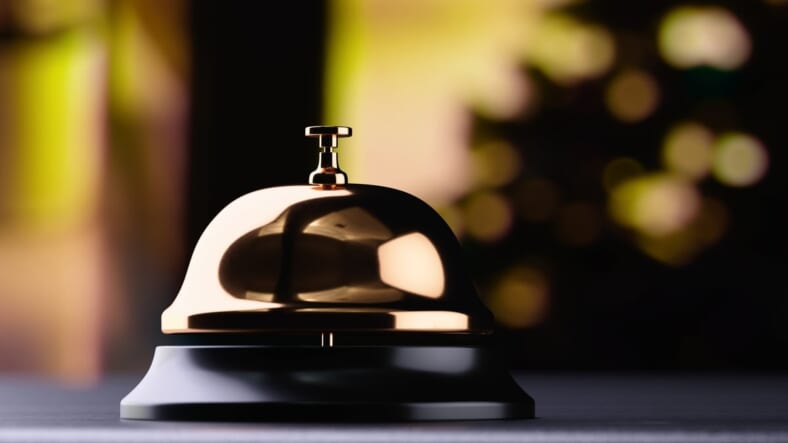 A black CEO and his son were targeted by racists after staying at a ritzy Florida hotel while on vacation over the Fourth of July holiday, reports ABC News affiliate WWSB.

Frank Davis, the president and CEO of the Horizon Group, was outraged after receiving a derogatory note in his hotel room while staying at the Art Ovation Hotel with his son Michael. Davis and son headed out one early morning for breakfast and a bit of shopping. But when they returned to their hotel room they saw a racist note.

“This is something in 2018 you don’t expect this kind of thing to happen,” Davis told WWSB.

Davis immediately reported the note to the hotel’s general manager. He also filed a report with the police. The hotel tried to make amends by offering the Davises a free night’s stay. But the Davises feared that the culprit was someone who had access to their room since the note was left on a lamp next to their bed, so they declined to stay another night.

“Who knows what other kind of actions that individual, who clearly knew we were there, was capable of?” Davis said. “Which is why we decided to relocate and find additional lodging for the remainder of our stay.”

Matthew Simone, Art Ovation general manager issued an apology to the Davis family and said “allegations such as this are very concerning to us.”

The hotel is still investigating the incident.

News of Racist Incidents: Can’t Get Away from Them

Every day it seems we hear about more incidents targeting black families. Black families can’t seem to enjoy simple leisure activities such as vacationing like the Davises or grabbing a bite to eat or lounging at the pool.

Case in point: recently police were called on a “suspicious” Black family enjoying meal at Subway. The Dobson family were surprised when police showed up and told them an urgent 911 call had been placed and an employee complained that the family was using the restroom too much and putting water in soda cups.

Just last week over the fourth of July weekend, a white man in North Carolina, apparently with nothing better to do, called the police on a black woman he assumed couldn’t afford to swim in the pool of her upscale neighborhood. The woman called it a case of racial profiling.