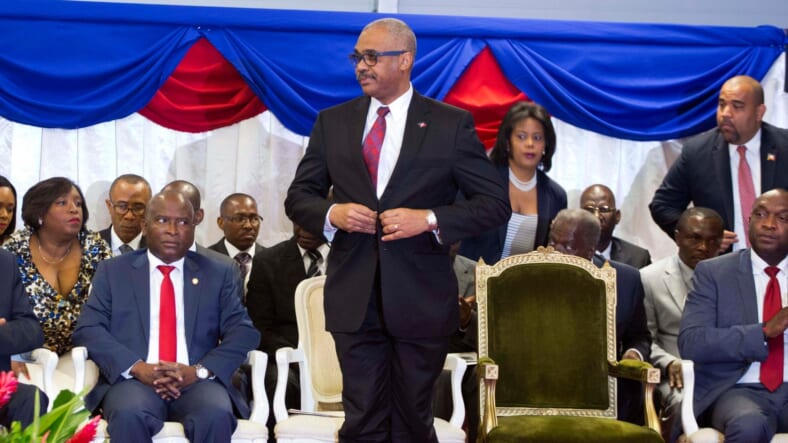 Lafontant offered his resignation as Parliament prepared to host a vote of no confidence, Yves Germain Joseph, general secretary of Haiti’s National Palace, told CNN. Lafontant informed Haitian President Jovenel Moise by letter, and Moise accepted the resignation, Joseph told CNN. Lafontant had been in office only 17 months, since February of last year.

Haiti, which shares the island of Hispaniola with the Dominican Republic, is known for its art and blue waters, but also is often referred to as the poorest country in the Western Hemisphere. Haiti’s successful revolt against the French from 1791 – 1804 prompted many world powers to distance themselves from the Caribbean nation. Widespread poverty and deforestation are among the largest issues it faces.

The controversial plan to raise fuel prices would have increased gas costs by 38%, diesel by 47% and kerosene by 51%, CNN reported.

Riots that erupted since the July 6 announcement of the price increases have killed anywhere between two and seven people, according to NPR.

The price increases were part of an agreement with the International Monetary Fund which gives troubled countries access to cash in exchange for agreed upon economic reforms. But business and opposition groups accused the Lafontant government of mishandling the price increase, according to The Miami Herald.

Amid the protests, Lafontant refused repeated calls to step down from the business and opposition communities, according to the Herald.

Lafontant, a doctor handpicked by Moise, temporarily suspended the fuel price increase hours after it was enacted, but the move was not successful at ending the violence, the Herald reported.

A report released last year by the World Bank said that the richest 20% of Haitians were receiving 93% of the fuel subsidies.