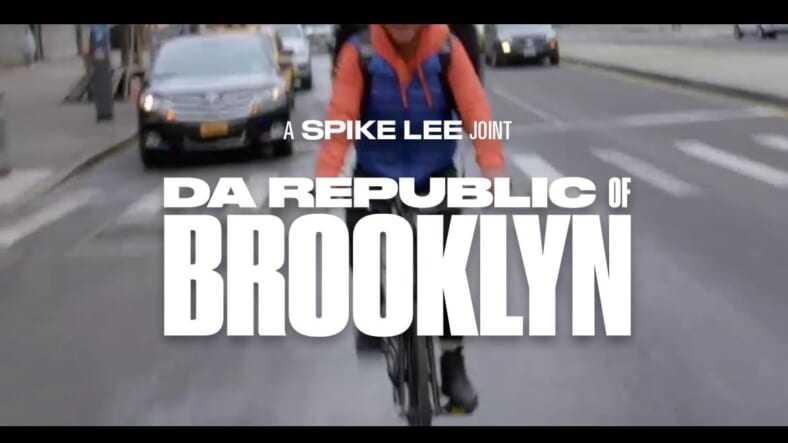 From his thesis project as an NYU film student, Joe’s Bed-Stuy Barbershop: We Cut Heads, to the location of his 40 Acres and a Mule production company, filmmaker Spike Lee has long been an ambassador to Brooklyn.

Now, Uber car service is paying homage to Lee’s talent and his love for his New York City borough.

Lee, 61, has teamed up with the ride-sharing service for “Uber Presents Da Republic of Brooklyn,” a series of five short films highlighting the men and women who drive for the service in Brooklyn, Indiewire.com reports.

“I was attracted to this project because I know a lot of people who drive on the Uber platform and it gives them the flexibility they need to pursue their dreams,” Lee said in a statement published on Indiewire.com. “That’s how we do it in Brooklyn—that’s the Brooklyn hustle.”

READ MORE: The Rock: It takes two to beef and I’m not even speaking to Tyrese
READ MORE: Canadian woman refuses to share lottery winnings with nephew

The films are available for viewing online here. They are “Malka,” “Sunny,” “Domingo,” “Keith” and “Rodney.”

The Uber Presents homepage opens with an introduction to the series: “In Brooklyn, hustle is the only thing that moves faster than change. Da Republic of Brooklyn is a Spike Lee Joint following the journey of 5 Uber driver-partners as they chase down their dreams in New York’s biggest borough.”

Among those featured are Brittany “Sunny” Shen, a St. Louis native who is biking for Uber Eats, a meal delivery service, while she pursues dreams of becoming a stage actress, and also Keith Mabry, a native of Coney Island in Brooklyn who drives an Uber with his little dog, Teenie. Mabry shares his lifetime passion for basketball in the film.

Each of the films includes lots of images of Lee’s beloved Brooklyn streets, shots from different angles and touches of humor. They run between 7 minutes and 8 minutes each.