Archaeologists say the dozens of people discovered may provide clues about their lives, which were disregarded by racist practices during their time 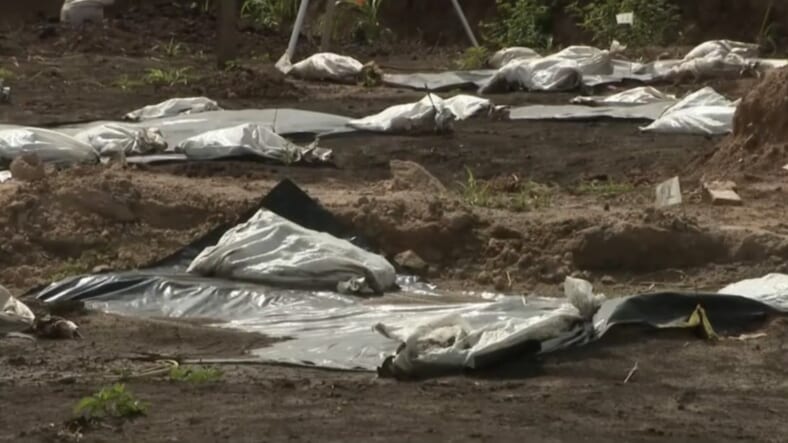 Throughout American history, black people were often buried separately from whites, due to racist practices that dictated segregation even in death, and often in unmarked graves with few records to document their burials.

Now, local officials say the the remains of dozens of people uncovered at a construction site outside Houston are likely those of black prisoners forced to work on a plantation around the turn of the 20th century.

The remains of the 95 people turned up earlier this year on a Sugar Land, Texas, site where the Fort Bend Independent School District is building a new school, The New York Times and CNN reported. The officials announced their conclusions on the likely identities of the remains on Monday.

The discovery shines a spotlight on an era in which slavery was outlawed, but authorities found ways to create rules that regulated where people could be interred. The remains were found on a spot where officials are building a technical school.

“It’s a remarkable opportunity for our community and our school district to learn much more about the history of our local region,” Superintendent Charles Dupre said in a statement published by CNN.

But local historian Reginald Moore of the Texas Slave Dependents Society told Houston station KPRC that he had been trying for 15 years to convince the officials that the gravesite existed.

“These guys built the county up,” said Moore. “They were exploited, they were beat, they were hung.” He said that he hopes the discovery will bring acknowledgement and closure for those who were imprisoned and died at the site. “So that we have some type of restitution, maybe bring a little reparation, reconciliation.”

Archeologists announced the bones uncovered likely belonged to black laborers who were part of what was called the convict lease system, which allowed the state of Texas to use prisoners to work and live on plantations. The cemetery was probably used between 1878 to 1911, the Times reported.

READ MORE: Jay-Z expresses anger over Philadelphia mayor’s eviction of his Made in America festival

Although the 13th Amendment to the U.S. Constitution abolished slavery in 1865, except as punishment for a crime, Texas and other Southern states used this exception to use prisoners for labor.

The people ranged in age from 14 to 70 and all but one were male, an archaeologist told the Times.

It is rare to find such burial sites from the post-Emancipation period, but even more rare to find one from the convict lease period, Ken Brown, a University of Houston professor specializing in Black archaeology, told the Times.

Researchers aren’t stopping with age and race identifications. They hope to learn a lot more from the remains. They’ll run tests that could tell about the diseases the prisoners encountered, what they ate and even where they grew up, according to the Times.

“You have a chance to study what the actual bone material has to say bout what life was like,” he said. “We know it was crappy, we know it was tough — but what impact does all of that have on the body?”

READ MORE: Outrage after paramedics put sheet over teen shot in the head who later died at hospital