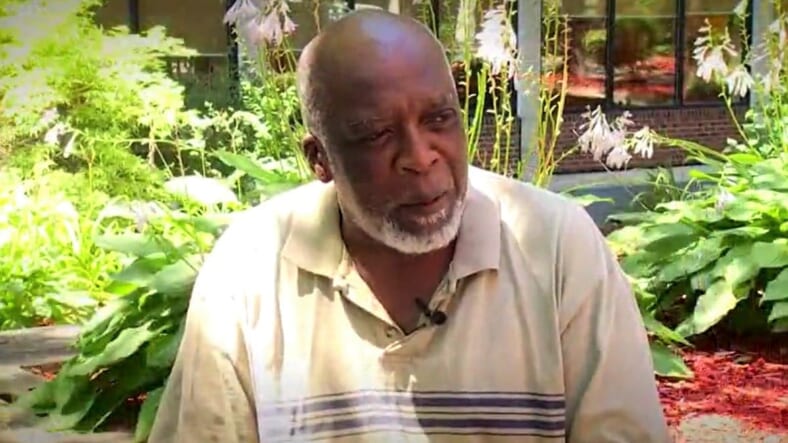 There’s an old adage in retail that the “customer is always right,” and it appears a Home Depot in Albany, N.Y. took it a step too far on July 10.

When 60-year-old employee Maurice Rucker asked a white customer to put his dog on a leash, the man responded in the only reasonable way possible: with racial slurs, expletives, and by invoking the name of Donald Trump.

Rucker told NBC affiliate WNYT that the unnamed man said, “If Trump wasn’t president, you wouldn’t even have a job,” and, “You’re from the ghetto, what do you know?”

After the customer began swearing at Rucker, he finally had enough and snapped back.

“You’re lucky I’m at work, because if I wasn’t you wouldn’t be talking to me like this,” Rucker said he told the customer, according to the Times Union in Albany.

“I’m a black man, and I have dealt with all levels of racism all my life,” he added. “I am not going to accept racist behavior at work, home, the streets or anyplace else.”

The irate customer later returned and continued antagonizing Rucker. Home Depot acknowledged that the customer was out of line.

That didn’t matter much because they fired Rucker on July 15, five days after the incident. That’s when Rucker went public about the incident.

Home Depot claimed he was fired for not observing proper protocol to diffuse the incident by getting a manager.

“We take any termination very seriously and we’re careful to ensure associates are treated fairly,” Home Depot spokesman Stephen Holmes said in a statement, according to the Times Union. “In this case, we’re appalled by the customer’s behavior and no one should have to endure verbal abuse, but we also must require associates to follow proper protocol to defuse a situation for the sake of their safety as well as the safety of other associates and customers.”

However, after Rucker went public with the firing, Home Depot offered to rehire him last Friday, telling the Washington Post that they had “taken another look” at the situation. Rucker had been working at that Home Depot since 2008 and was a model employee.

Home Depot said it would provide back pay – he made $12.78 an hour—but it’s unclear whether Rucker has accepted the offer.