‘RHOA’ UPDATE: Porsha’s new man + Kenya and Sheree are OUT

There's a lot going on with the ladies of 'Real Housewives of Atlanta.' 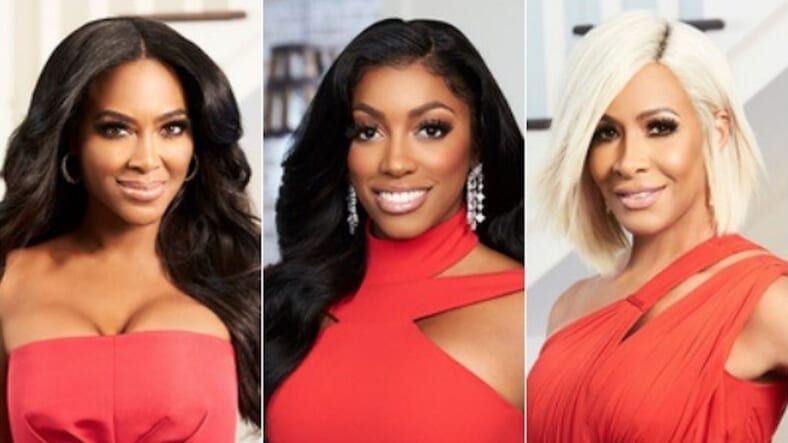 Looks like a lot of changes are happening when it comes to the cast of Real Housewives of Atlanta so we decided to run down the latest news from the Georgia peaches.

Porsha Williams is all smiles now that she snagged a man. The reality star who has been on the hunt for love for years revealed she’s happily coupled up with Dennis McKinley.

“Let’s make it last forever,” she recently posted along with a photo of her new beau on his birthday.

“And that’s how it happens. It’s always when you’re not looking anymore,” she said on DishNation in June. “It’s when you go ahead and give up… I stopped looking and he arrived. Thank you, Jesus!”

Kenya Moore won’t be back for season 11 of the hit reality show even though fans are dying to see how she’s handling her pregnancy and life as a newlywed.

“Everyone wanted to have Kenya back, but they wanted to have the old Kenya back — the one who isn’t afraid of the cameras,” a source close to production told PEOPLE. “You can’t have secrets and be on reality TV. Especially when other Housewives are showing all of their lives — the good, bad, and the ugly. They need to see your life.”

Word on the street is Moore refused to budge when it came to her coins and failed to reach an agreement that satisfied her.

“They were at a stand still for so long,” the source says. “Everyone was rooting for her and wanted to see her back, even women like Nene and Porsha who haven’t always been on ‘Team Kenya.’ The cast, producers, Bravo — they all know she’s good for the show. But it got messy. She just refused to compromise.”

Sheree Whitfield shared a similar sentiment when she revealed she is walking away from the series too.

“Currently living my best life,” she told a fan on her Instagram. “Was not interested in entertaining the low ball offer that was sent. Know ur worth.”

She also insisted she wasn’t fired but “declined” an offer to return. She also hinted that she may have other projects in the works.