A Florida man was hit a by a car while doing the viral #InMyFeelings viral dance challenge. Police have begun to issue warnings. 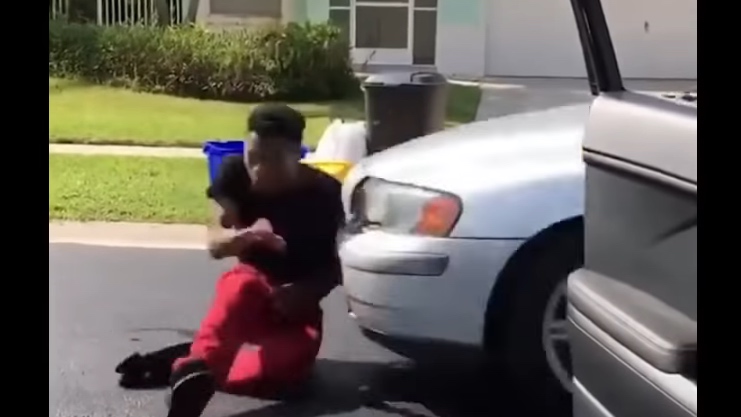 Drake’s “In My Feelings” challenge has just about everyone hopping out of cars and skipping alongside them to the catchy tune, but police have warned it’s a dangerous thing to do.

Jaylen Norwood from Boynton Beach in Florida learned that the hard way after his In My Feelings challenge fail. Norwood planned to jump on the hood of an oncoming car to add some flair to his video clip, but instead he fell short, slipped on some oil and got hit hard by the fast-moving vehicle, according to the New York Post and other news outlets.

“I planned this whole thing out. I was gonna do the dance and then jump on the hood of the car and continue the dance but it came too fast and I slipped on the oil and that’s why I got hit by the car,” Norwood said.

Norwood displayed his wounds, which amounted to a few bloody gashes on his arm.

But the danger of the situation is real and even the National Transportation Safety Board (NTSB) warned people about the real danger of hopping out of cars into traffic to do the popular challenge.

“Motor vehicle crashes are the leading cause of death in the U.S. Hopping out of a moving vehicle or jumping into lanes of traffic to show your dance moves is foolish and dangerous — to you and those around you,” Nicholas Worrell, chief of safety advocacy at the National Transportation Safety Board, said in a statement.

“There’s a time and place for everything, but our nation’s highways and roadways are no place for the #inmyfeelings challenge.”

While Drake is enjoying the residual benefit of the challenge as the Scorpion track rises to the top of Billboard thanks to comedian Shiggy, who started the craze.

The popular dance challenge has been imitated by celebrities including Will Smith and Ciara – went viral after Shiggy’s dance to “In My Feelings.”

But many people also have found themselves on the receiving end of trouble because of it.

In one popular video from Abu Dhabi, as a car rolls along playing the Drake song, a camel can be seen just walking beside it. No trouble there, right? Well the three social media stars responsible for the video were arrested. Officials said their dancing “endangered lives, offended public morals and violated the traffic law”.

Be careful out there doing the KeKe!