Another weird case of sex, drugs, and mind control in Hollywood. 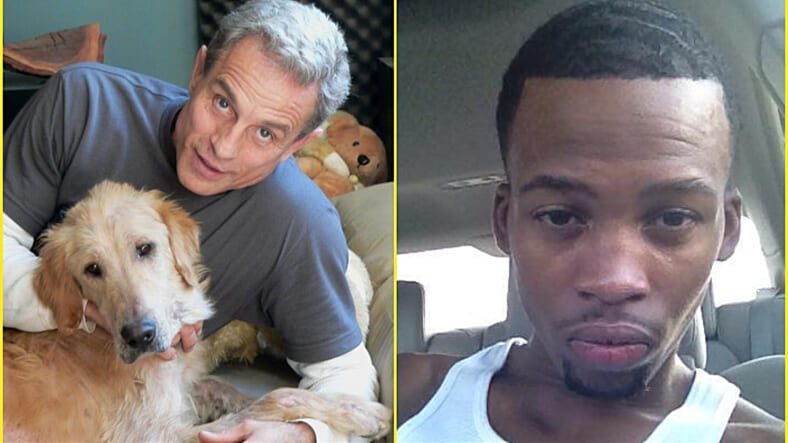 Democratic donor Ed Buck has been accused in the death of Gemmel Moore, who died from a crystal meth overdose in his Buck’s home last July. (courtesy of Facebook)

Gemmel Moore died from a crystal meth overdose last July and now it appears the Democratic Party donor, who many believe is responsible for his death, will go unpunished.

According to the WeHo Times, on July 27th, 2017, Moore was found at the home of Ed Buck, a wealthy, high-profile political activist with a history of making large contributions to the Democratic party. While the police were quick to list his cause of death as an accident, Moore’s mother, LaTisha Nixon, always suspected foul play.

After speaking to some of her son’s friends, Nixon found out he was a sex worker and Buck was his client.

The grieving mother says that’s when she discovered the sordid details of Moore and Buck’s relationship.

“[Buck] would have my son to go out to … Santa Monica Boulevard looking for young, gay Black guys so he could inject them with drugs, see their reaction and how [they] would react and take pictures of them,” Nixon said the friend told her.

John Bice, 46, who was Moore’s friend, confirmed this account in an interview with LA Weekly.

READ MORE: Was Tamar Braxton harassed by Delta pilot for flying while black?

“Basically this guy would find young struggling black guys around town, pick them up and say he was going to help them out — make sure they had clothes and food. … He wanted to see them get high, first with weed. Then one day, the guy wanted him to shoot up,” Bice said.

“[Buck] would supply heroin, meth and other drugs to him to smoke or use with a needle,” Nixon said. “Buck would pleasure himself at the sight of my son using drugs.”

Her son’s friends also noted that Buck would give young men an incentive to take big hits of drugs, by rewarding them for riskier doses.

“The bigger the cloud of smoke,” the more money Buck would give the men. Nixon said Buck “would excitedly encourage [Moore] to increase his dosage by saying, ‘More, more, and I’ll give you $500 more.’”

Buck’s lawyer, Seymour Amster, has responded to these allegations by saying that his client was only a friend of Moore’s, and “did not witness”  him injecting himself, and that “this was an accidental death. This was an unfortunate death … but that doesn’t mean we can make spurious accusations and spin something out of control.”

Even though Buck remains a free man and currently faces no charges, political commentator Jasmyne Cannick is determined to tell Moore’s story, and has even gone as far as to post screenshots of his journal entries on her site, which show how his dangerous relationship with Buck led to his untimely death.