The re-imagining of the Shakespeare classic is set in 1980s Brooklyn. 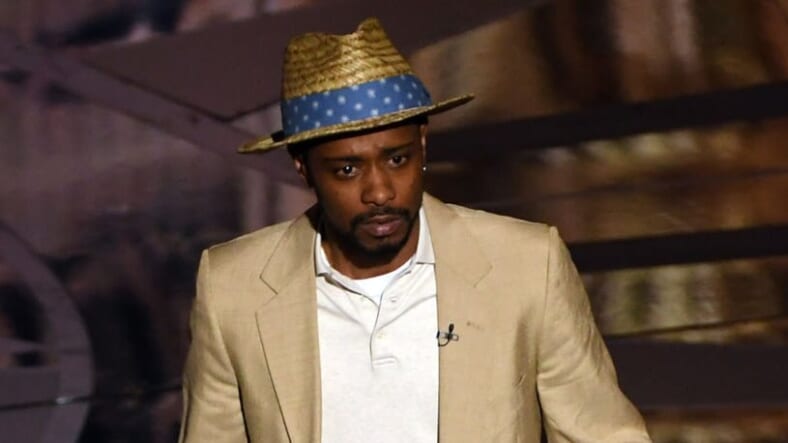 Lakeith Stanfield is already wowing crowds in Sorry To Bother You and he’s set to deliver another big performance in the upcoming film adaptation of Prince of Cats.

The actor has signed on to star in the film version of Ron Wimberly‘s graphic novel that reimagines William Shakespeare‘s classic, Romeo & Juliet. This version is set in Brooklyn in the 1980 and is told from the perspective of Tybalt. The graphic novel will be adapted by Selwyn Sefyu Hinds, who will write and produce the project.

Hinds is also the mastermind behind the upcoming adaptation of Running a Thousand Miles For Freedom, starring Zendaya.

Prince of Cats is currently published by Image Comics and was initially published by DC’s Vertigo imprint and we can’t wait to see Lakeith Stanfield and his fellow Capulets taking on Montagues with a hip-hop filled backdrop. So far, no release date has been announced.

‘Atlanta’ star isn’t here for the disrespect of black women

Lakeith Stanfield fans can catch him in Boots Riley‘s insanely entertaining film, Sorry To Bother You.

Set in an alternate reality, modern-day Oakland, CA, Sorry to Bother You he’s bringing all his lanky, left of center charm that makes him a fan favorite on Atlanta.

Stanfield is Cassius Green, a hapless young man trying to make his way in the world. He drives a car that runs on hope and the occasional 40 cents worth of gas when he scrapes together enough change. Cassius is also several months behind on rent, which is why we find him in the opening scene desperately trying to sell himself in an interview for a telemarketing firm gig.

He goes so far to try to impress his potential boss that he falsifies his resume, has an employee-of-the-month plaque made of himself for a company he never worked for, and for good measure even brings in a comically large high school trophy.  The hiring manager calls Cassius out on his obvious bs, but hires him anyway because according to him you don’t need talent to be a telemarketer and at least Cassius shows initiative.

This is a film that’s not to be missed.