And during Pride Month of all times. 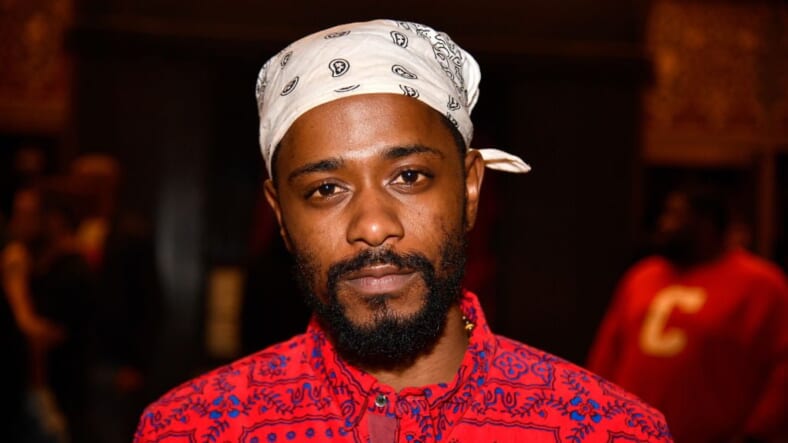 Atlanta star Lakeith Stanfield is in hot water with fans after posting a freestyle rap that contained some homophobic lyrics.

Tuesday, the 26-year-old actor took to Twitter to apologize after a video he shared on social media titled “Offensive Freestyle” was called out for being problematic.

The clip has since been deleted but included lyrics such as, “That’s some gay s***’ and ‘f**, I don’t really like to brag, but I’m straight, rich.”

Stanfield had a lot to say about the incident and blamed it on artistic interpretation.

“Hey, I make videos all the time, which I usually end up deleting as soon as I make them, and I assume characters that have different view points and different views on life, just from different perspectives,” started Stanfield.

“I just want people to know, coming form me that I’ve never been homophobic, have never agreed with homophobic thought or hatred toward anyone for that matter,” the Get Out star continued.

“I’m a person that moves in love and I want to promote and continue to push that, and love for all people and all different types of love in every form it takes. I just want people to have a clearer understanding because sometimes I make these things that could be very offensive and I don’t always have the luxury of context.”

He then expressed his remorse stating, “I apologize if it hurt anybody, sincerely. That wasn’t my intention—to be somebody that was out here just slinging arrows and hurting people, so I want them to know that I apologize that they had to feel sadness from that.

‘So my sincerest apologies.”

The jury is still out on if fans are feeling the apology, but something tells us he’ll probably think twice before posting any more content like this.

I was really rooting for Lakeith Stanfield pic.twitter.com/eWoPU0a54W

I started getting fake woke vibes from Lakeith Stanfield a few posts back and I tried to ignore it but pic.twitter.com/nl1AFEk8Ay

This whole Lakeith Stanfield thing just reinforces a frustrating reality: 90% of the time "woke" people only care about being "woke" along the axis that personally affects them. They're totally ready and willing throw other marginalized people under the bus.