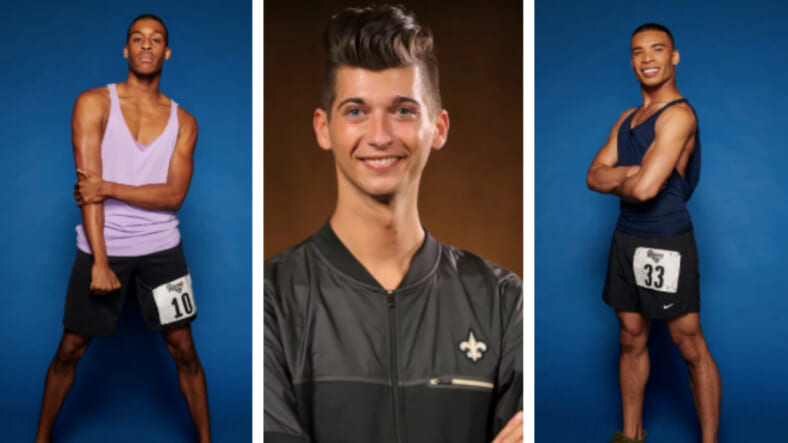 For the first time in history, the NFL will have male cheerleaders on the sidelines.

The Los Angeles Rams have enlisted Quinton Peron and Napolean Jinnies to be the first guys to dance and cheer along with its all-female cheerleading squad, reports CNN.

“I thought, ‘Why not me? Why can’t I do this?’ And called my friend and I asked her when auditions were for the Rams and she told me Sunday [March 11] and I showed up,” Peron said in an interview on “Good Morning America.”

“Still can’t believe I’m one of the first males in history to be a pro NFL cheerleader!” Jinnies tweeted after being selected.

The men danced their way to the top, beating out 76 other finalists fighting for a coveted position on the Rams cheerleading team.

“They were unlike anything I’ve ever been to. I’m used to getting a call after or an email,” Jinnies said, referring to other auditions. “This one was about three weeks long and we had a bunch of rehearsals in between and an extensive interview process, but it was really humbling and amazing to be invited every time you came back.”

LA Rams cheerleader captain Emily Leibert said the men and their killer moves made the difference.

“They really just fit the bill to be a Los Angeles Rams cheerleader. They are intelligent, they are eloquent, they are more than qualified to be ambassadors out in the community,” Leibert said.

“They bring so much energy and there’s something so magnetic about their performance, you really can’t take your eyes off them.”

Let’s be clear: Peron and Jinnies are not stunt men who standby and catch cheerleaders. They are cheerleaders and will dance and shake and do all the traditional moves we’re used to seeing demonstrated on the field with the ladies. And with the two classically trained male dancers added to the roster, the Rams now have a team of 40.

The success of those two men inspired Jess Hernandez to try out for the New Orleans Saints’s cheerleading squad and he made the team.

We can’t wait to see these three guys shake their groove thang this season.