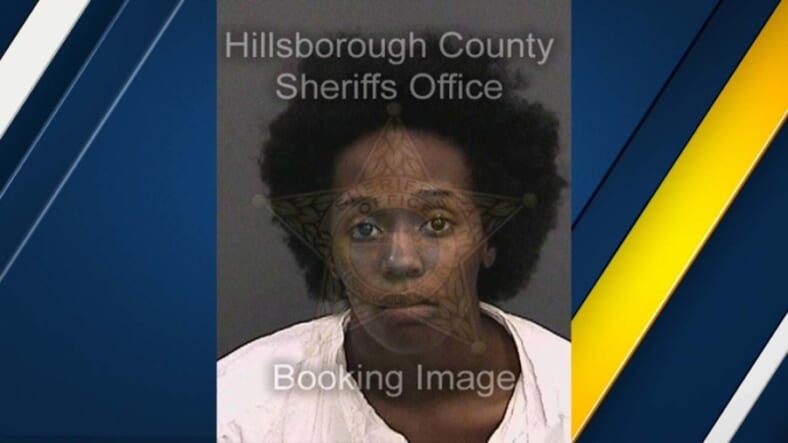 Shakayla Denson, 26, who was charged with killing her autistic daughter after throwing the child into shoulder deep river water, “spontaneously stated (that) now the victim was ‘pure’ and was with her grandmother,” according to a new motion filed on Friday, the Tampa Bay Times reports.

New details have emerged in the case and Hillsborough State Attorney Andrew Warren filed a motion to ask that the Florida woman remains behind bars after being charged with first-degree murder for the death of her daughter 4-year-old Je’Hyrah Daniels. Warren argues that Denson is a threat to the community.

Tampa Bay police found the little girl unconscious in the water about 75 feet from shore and emergency personnel was unable to resuscitate her, PEOPLE reports.

The 4-year-old little girl was later pronounced dead at a local hospital.

Two calls from the day of the drowning have been released by the Tampa Bay police.

One man, Ernest Carrera, 50, made a frantic 911 call and told the Tampa Bay Times on Friday that two women where were cleaning his dad’s house witnessed a woman “throwing a child in the river.”

The Spanish-speaking women told Carrera and he then translated their account to the 911 operator.

“If I saw this kid I’d jump in and get him but I can’t find him in the river,” Carrera says in the call.

“Just bring somebody to the location. We’re out here looking for the kid.”

The operator asks if a doll was perhaps being thrown in the water.

Carrera responds: “She says it was a live kid,” Carrera says translating the house cleaner’s account.

“She took off a green hat and took the little boy that she brought to the middle of the river where she left it and started screaming … and I see the little arms, I could see them moving,” one woman says in Spanish.

According to reports, Denson walked shoulder deep into the water with Je’Hyrah clinging on to her screaming, before she let her go.

Police found Denson near the crime scene and arrested her. According to a press release, Denson reportedly stole a grey Nissan Altima from a vehicle repair store and drove it to the Hillsborough River.