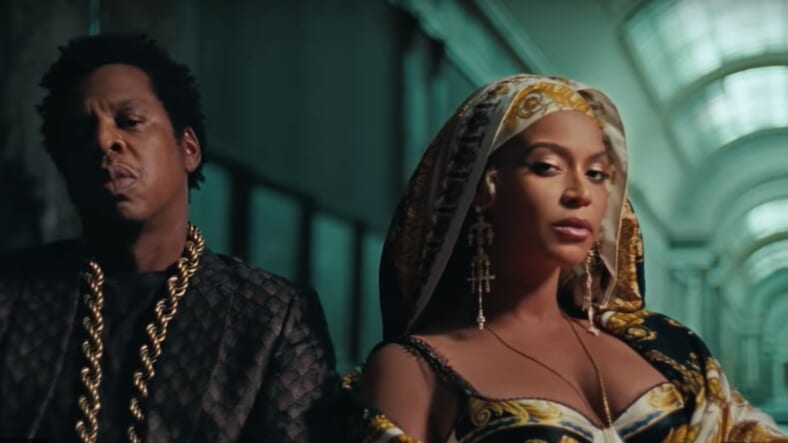 Everything Is Love as the governor of Minnesota grants Aug. 8 as Beyoncé and Jay-Z day.

“Beyoncé and Jay-Z have taken home numerous awards from platforms such as the Grammy Awards, MTV Video Music Awards, BET Awards, American Music Awards, Billboard Music Awards, and NAACP Image Awards, among others and have sold millions of records worldwide,” the Minnesota Democrat said of his decision in the official proclamation.

“Through their lives and music, Beyoncé and Jay-Z have inspired Minnesotans, and music fans around the world,” Dayton continued in the proclamation establishing the new statewide holiday.

Minnesota really loves the hit-making dynamic duo and issued the proclamation hours ahead of their On the Run II tour performance that day.

Just two years ago the governor declared May 23 as “Beyonce Day.”

And if those special days means a day off for Bey, she sure deserves especially after we learned of her maternal health struggles in a raw and revealing interview in the September issue of Vogue.

Beyoncé, who hails from Houston, covers the September issue of Vogue magazine, dazzling in couture outfits and striking headpieces. In a revealing first-person essay, as told to Clover Hope, the mother of three opens up about the perils of giving birth and how she took a more cautious approach to maternal health with twins Rumi and Sir.

READ MORE: ‘I come from a lineage of broken male-female relationships’: Beyoncé reveals maternal health struggles and how she forgave Jay-Z in Vogue September issue

The Grammy award-winning singer divulged that she weighed 218 pounds while pregnant with the twins and she went on bed rest before delivering through C-section. Beyoncé talks about how she was swollen from toxemia, which is blood poisoning by toxins from a local bacterial infection. She also hailed her husband Jay-Z for being a trooper by her side the whole time.

“My health and my babies’ health were in danger, so I had an emergency C-section. We spent many weeks in the NICU. My husband was a soldier and such a strong support system for me. I am proud to have been a witness to his strength and evolution as a man, a best friend, and a father.”

From that scary birth experience, Bey says she has a stronger connection to parents who go through the same thing but admits after the Cesarean surgery she emerged from it feeling differently about her body.

“After the C-section, my core felt different. It had been major surgery. Some of your organs are shifted temporarily, and in rare cases, removed temporarily during delivery. I am not sure everyone understands that.”

Congrats to them both. Read the full proclamation for “Beyoncé and Jay-Z Day”.