‘I come from a lineage of broken male-female relationships’: Beyoncé reveals maternal health struggles and how she forgave Jay-Z in Vogue September issue 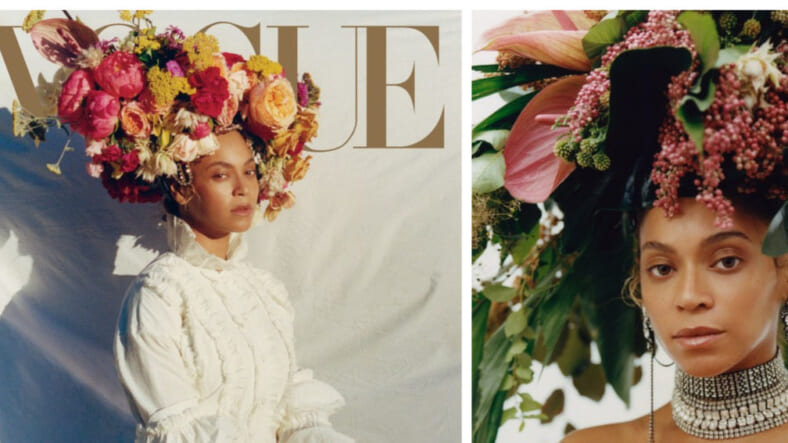 Beyoncé covers the September issue of Vogue magazine, dazzling in couture outfits and striking headpieces. In a revealing first-person essay, as told to Clover Hope, the mother of three opens up about the perils of giving birth and how she took a more cautious approach to maternal health with twins Rumi and Sir.

The Grammy award-winning singer divulged that she weighed 218 pounds while pregnant with the twins and she went on bed rest before delivering through C-section. Beyoncé talks about how she was swollen from toxemia, which is blood poisoning by toxins from a local bacterial infection. She also hailed her husband Jay-Z for being a trooper by her side the whole time.

“My health and my babies’ health were in danger, so I had an emergency C-section. We spent many weeks in the NICU. My husband was a soldier and such a strong support system for me. I am proud to have been a witness to his strength and evolution as a man, a best friend, and a father.”

From that scary birth experience, Bey say she has a stronger connection to parents who go through the same thing, but admits after the Cesarean surgery she emerged from it feeling differently about her body.

“After the C-section, my core felt different. It had been major surgery. Some of your organs are shifted temporarily, and in rare cases, removed temporarily during delivery. I am not sure everyone understands that.”

While we saw Beyoncé posing for the gram with fashion pics the months following the twins’ birth, she admits that she took time out for self on her rocky road back to recovery.

“I needed time to heal, to recover. During my recovery, I gave myself self-love and self-care, and I embraced being curvier. I accepted what my body wanted to be.”

“I think it’s important for women and men to see and appreciate the beauty in their natural bodies. That’s why I stripped away the wigs and hair extensions and used little makeup for this shoot,” she said about the pictures which were taken by 23-year-old photographer Tyler Mitchell, who Beyonce called “brilliant.”

“To this day my arms, shoulders, breasts, and thighs are fuller. I have a little mommy pouch, and I’m in no rush to get rid of it. I think it’s real. Whenever I’m ready to get a six-pack, I will go into beast zone and work my ass off until I have it. But right now, my little FUPA and I feel like we are meant to be.”

Choosing Tyler Mitchell as the Photographer

“It’s important to me that I help open doors for younger artists. There are so many cultural and societal barriers to entry that I like to do what I can to level the playing field, to present a different point of view for people who may feel like their voices don’t matter.”

Mending Her Marriage to Jay-Z

“I come from a lineage of broken male-female relationships, abuse of power, and mistrust. Only when I saw that clearly was I able to resolve those conflicts in my own relationship. Connecting to the past and knowing our history makes us both bruised and beautiful.”

Being a Free Black Woman

Leading up to her historic Coachella performance, Beyoncé said she became a vegan and gave up coffee, alcohol, and all fruit drinks. She also said she basked in the beauty of being curvier.

“It was a celebration of all the people who sacrificed more than we could ever imagine, who moved the world forward so that it could welcome a woman of color to headline such a festival.”