Braxton will costar in Snoop's play 'Redemption of a Dogg.' 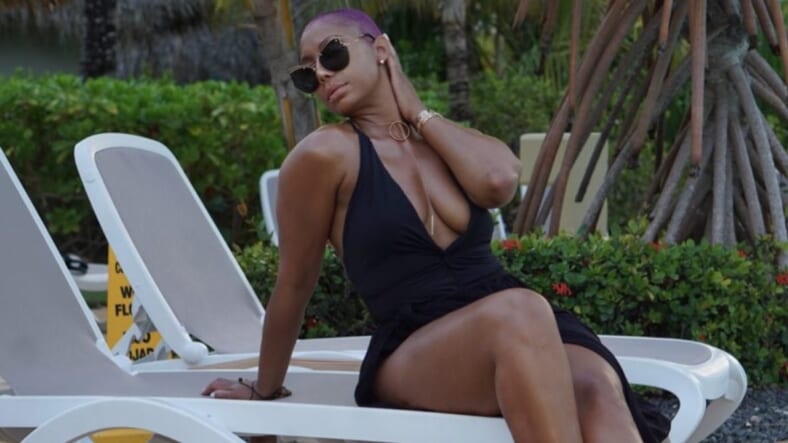 Tamar Braxton is speaking out about the recent incident she experienced on a Delta Airlines flight and sharing her plans to hit the road with Snoop Dogg.

The Braxton Family Values star was given a stern talking to by the plane’s pilot before take-off after flight attendants took issue with her trying to catch some ZZZs under a blanket.

Her big sister, Towanda Braxton, shared the news with a video on social media and called the airline out for harassing Tamar for #FlyingWhileBlack.

tamarbraxton got ridiculed by a pilot for flying while black on Delta. Wow! I guess being a diamond and double million miler don’t matter… @delta Shame on you… #WhyArePeopleSoMad… https://t.co/uTF11j2Pmz

“Here’s how this works. My flight attendants work for me and so if you get an instruction from a flight attendant, I need to know that you’re willing and able to do what you’re told to do,” the pilot says in the video.

Moments later, Tamar can be heard denying any wrongdoing to the person next to her and says, “We should get off of this plane.”

Now, Tamar is speaking out about the incident and says she doesn’t blame the airline.

“It’s not even really the company. Sometimes you hire bad people … you just gotta get rid of the bad people,” she told TMZ. “It doesn’t mean the company is bad.”

Tamar is convinced that the issue was sparked by the way she is portrayed on reality television.

“Because of what people perceived on television is why I was targeted in the first place, and that wasn’t really fair because I did nothing but sit in my seat and put my seatbelt on and try to get home to my son,” she said. “I was targeted because of how someone felt I acted on television or whatever…I treat everyone with respect … It’s unfortunate that that happened. I’m still a customer. Like I said, the company isn’t bad.”

In other news, Tamar Braxton will join Snoop Dogg for his upcoming stage play Redemption of a Dogg.

The play, set against Snoop’s own music catalog, takes a close look at the struggle one man faces when he’s forced to choose between fame and fortune or faith and family.

Dogg and Braxton plan to take it across the country making various stops in Brooklyn, Atlanta, Memphis, Detroit and Norfolk, Virginia.

The first show kicks off in Houston, beginning October 5 and running through the 7th.

She announced the news on social media. “So me and uncle @SnoopDogg is going on tour singing, acting, rapping and being who are,” she wrote.