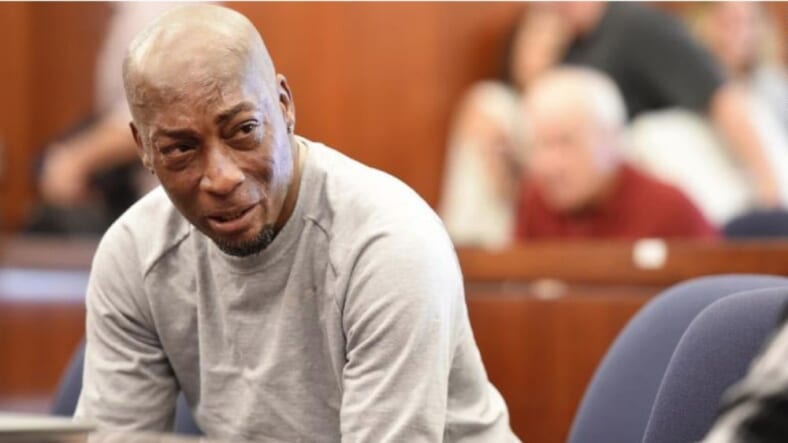 A California jury has awarded a terminally ill man more than $200 million after ruling that his non-Hodgkins lymphoma was at least partly due to using glyphosate, the primary ingredient in Roundup.

Former school groundskeeper Dewayne Johnson has been awarded nearly $290 million after a jury at the Superior Court of California in San Francisco determined that ‘Roundup’ played a “substantial factor” in his deteriorating health. He used the weed killer regularly while spraying it on the grounds he worked on in the San Francisco Bay Area school district, according to PEOPLE.

On Friday (Aug, 10), agricultural company Monsanto was deemed liable in a lawsuit filed by Johnson, who alleged that Roundup caused his cancer. About 80 percent of his body is now covered in lesions, CNN reported, and his doctors said he is unlikely to live past 2020. The news outlet also noted that his victory could set a precedent for thousands of other cases claiming the herbicide causes non-Hodgkin’s lymphoma.

Johnson’s case was the first to go to trial because he’s near death, and in California, dying plaintiffs can be granted expedited trials, according to the report. More than 800 patients are suing Monsanto, claiming Roundup gave them cancer.

As noted by Yahoo, jurors unanimously found that Monsanto acted with “malice,” therefore, Johnson was awarded $250 million in punitive damages and about $39 million in compensatory damages.  In addition to helping his two sons enjoy a stress-free life, the money will also allow Johnson to “live the rest of that time in extreme comfort,” his attorney said.

“We were finally able to show the jury the secret, internal Monsanto documents proving that Monsanto has known for decades that… Roundup could cause cancer,” Johnson’s lawyer Brent Wisner said in a statement.

The verdict against the corporation sends a clear “message to Monsanto that its years of deception regarding Roundup is over and that they should put consumer safety first over profits.”

After the verdict, the company– which vowed to appeal — issued a statement saying it stands by the studies that suggest Roundup does not cause cancer.

“We will appeal this decision and continue to vigorously defend this product, which has a 40-year history of safe use and continues to be a vital, effective and safe tool for farmers and others,” Monsanto Vice President Scott Partridge said.