In addition to state charges, the Ethiopian-born woman could also be in violation of US immigration laws 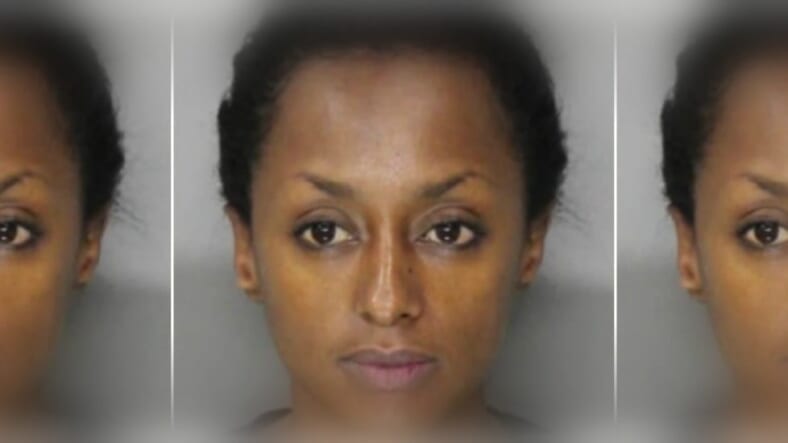 When you see something, say something. Neighbors in a Georgia county did just that after spotting a woman and a 4-year-old boy running down the middle of a road in the pouring rain— both naked.

Authorities say Menna Giday, 39, of Kennesaw, was yelling at the child, grabbing his face and forcing him to eat a rosary and play in the street.

“Witnesses stated the female had placed a necklace with beads and a cross pendant in the child’s mouth and was trying to get the child to lay in the middle of the roadway during the rain,” said Cobb County Police Officer Sarah O’Hara. “There were also statements that she was trying to make the child play in the road.”

As police tried to restrain her, Giday broke free from her handcuffs and physically assaulted the arresting officer.

“She spat on him, hit him, elbowed him. She’ll have a simple battery charge against a police officer,” said Officer O’Hara.

Meanwhile, neighbors reportedly comforted the scared and cold child with clothes and food.

“They got him in some Spiderman pajamas and some shoes that fit him,” said neighbor Frank Sparti.

According to jail records, Giday now faces charges, of first-degree child cruelty, simple battery against a police officer, public indecency and contributing to the deprivation of a minor resulting in serious injury or death.

Federal authorities may also get involved in the case as the Ethiopia-born Giday currently has a U.S. Immigration and Customs Enforcement hold on her record, which means she could be in violation of immigration law, noted the Atlanta Journal-Constitution.

She has since been released from the Cobb County jail on a $7,500 bond.