With one simple tweet, he refueled the flames even more. 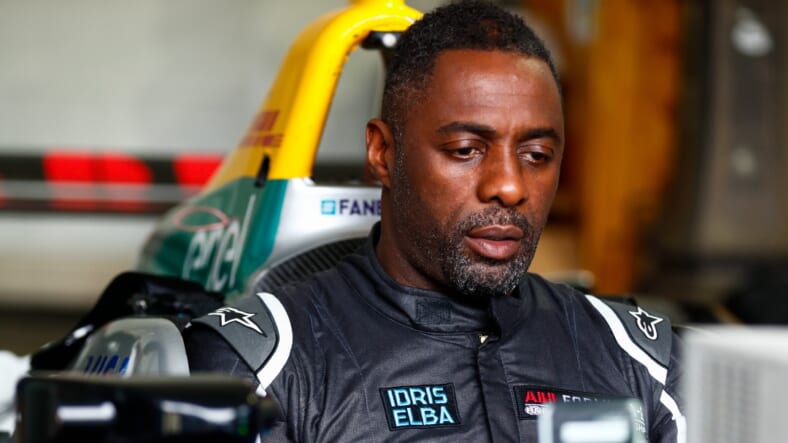 Idris Elba drives the Formula E track car. during the Paris E-Prix in the Paris ePrix, Round 8 of the 2017/18 FIA ABB Formula E Series at Circuit des Invalides on April 28, 2018 in Paris, France. (Photo by Sam Bloxham – Handout/FIA Formula E via Getty Images)

With one simple tweet, Idris Elba fanned the James Bond flames even more.

While current Bond actor Daniel Craig has at least one more film left, the British-born Elba has been rumored for years to be next in line to be Agent 007. If he were to be selected, he would be the first Black James Bond.

According to USA Today, director Antoine Fuqua was told by Bond producer Barbara Broccoli that she feels “it is time” for a non-white actor to take on the iconic role

READ MORE: We are here for this: Idris Elba as first Black James Bond

“Idris could do it if he was in shape,” Fuqua said. “You need a guy with a physically strong presence. Idris has that.”

Elba, 45, first broke onto the scene in HBO’s “The Wire” and later received four Emmy nominations and won a Golden Globe for the BBC series “Luther.”

His movie roles include “Beasts of No Nation,” “Mandela: Long Walk to Freedom,” and appearances in the “Star Trek,” “Avengers” and “Thor” franchises. He also made his feature-film directorial debut this year with “Yardie.”

For his part, the man once known as Stringer Bell has tried to downplay the rumors. Hours after his Bond-ish tweet, Elba tweeted a picture of legendary hip-hop duo Public Enemy, along with one of their iconic lines: “Don’t believe the HYPE.”