Latest #mugshotbae, Marshala Perkins, 19, has received numerous offers to work as a makeup artist after her photo at the Hunts County Sheriff's Office went viral. 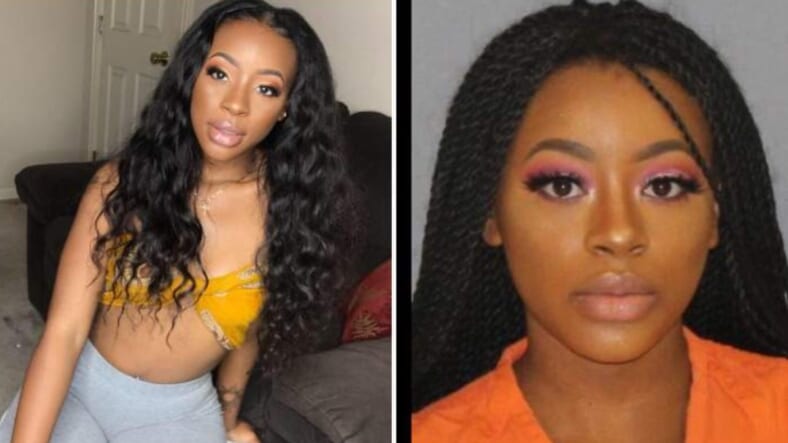 A night in jail is nothing anyone hopes for, but on Feb. 6, Marshala Perkins – a 19-year-old aspiring make-up artist and student at Texas A&M Commerce – saw an embarrassing arrest become an unexpected moment to shine.

She had just finished doing a make-up tutorial on Facebook Live when her friends came by and she decided to go out.

“I was actually bored that night,” Perkins told the Ft. Worth Star-Telegram. “I was just going to go out with my friends looking the way I was looking.”

So, with a freshly beat face, Perkins sat in her car waiting on her friends to arrive when a police car pulled up behind her.

“[One officer] asked me for my handicap sticker because I was in a handicap spot,” Perkins said, noting that she drives her mother’s car and has a handicapped sticker. “I gave it to him and he brought it back, said everything was clear.”

But instead of leaving, the cop claimed he smelled marijuana and ordered her out of the car to search her. The officer found two grams of weed on her and arrested her on the spot.

She was booked at the Hunt County Jail and released the next morning. But it was her mugshot that popped up on the Mugshot Baes Twitter account in mid-April and this retweet that made her a viral star out of nowhere.

We need a tutorial! Free her! https://t.co/RWbrKMPUUj

Initially, Perkins was embarrassed by the arrest and denied it was her in the mugshot. Then the offers came in.

“Someone has reached out to me about starting my own makeup line. It’s crazy. My mind is blown,” Perkins said. “Now it’s turned into something so positive so I’m just going to embrace it and see where it takes me.

“I really thought it was funny because I know with those pages somebody has to submit it,” Perkins said. “I’m thinking, ‘Who over here is thinking I’m cute enough to be on this page?’”

Since the arrest and subsequent Twitter fame, followers on her Youtube Channel – which relaunched last week – and social media accounts have taken a big bump up, and she has also launched an Instagram account for makeup tutorials and appointment bookings.

Perkins also broke down her mugshot look just in case you wanted to try it for yourself: