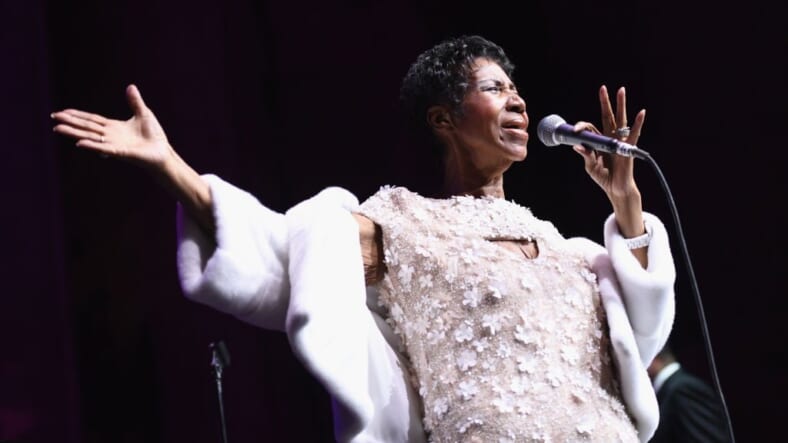 Don’t count out the Queen of Soul just yet as her family reports Aretha Franklin is smiling and laughing and resting easy, according to PEOPLE.

“I saw her a week ago Friday and we talked for about 45 minutes to an hour. My brother was there on Saturday and she was alert, talking, laughing, joking,” Tim continued. “She’s watching TV, so god forbid she sees all of this ‘Aretha’s dead,’ so I don’t want to dampen her spirits on that.”

The legendary singer is reportedly battling health problems and is being cared for at home in Detroit by family. Rumors circulated that her condition placed her “near death,” but her family has backed off that claim.

“I am so saddened to report that the Queen of Soul and my good friend, Aretha Franklin is gravely ill. I spoke with her family members this morning. She is asking for your prayers at this time. I’ll have more details as I’m allowed to release,” Cassimy wrote on Twitter.

In 1987, she became the first woman to be inducted into the Rock and Roll Hall of Fame.

Beyonce and Jay-Z, who was in Franklin’s hometown of Detroit for their On the Run II tour at Ford Field last night, paid homage to the legendary singer by dedicating their show to her.

“We love you and thank you for all the beautiful music,” Beyonce said about the icon.

Get well, Queen Aretha. We’ll say a little prayer for you.