It sounds like the situation was worse than we thought. 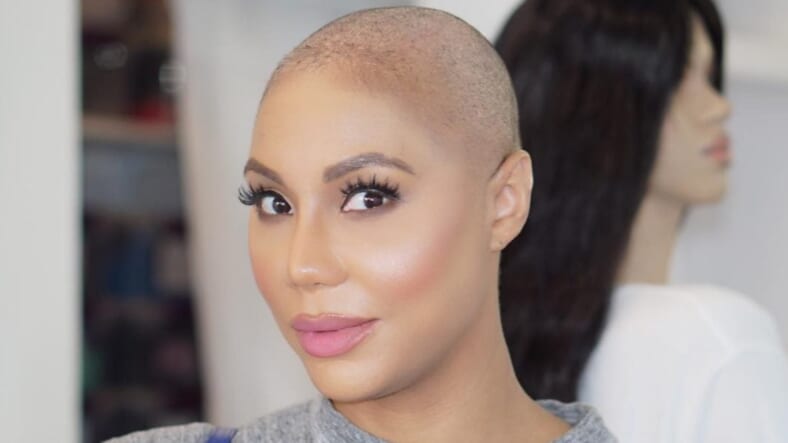 A few weeks back, Tamar Braxton was on a Delta Airlines flight and things went left when the pilot gave her a stern talking to about following instructions.

Initially, a flight attendant supposedly suspected Tamar was drunk because she was trying to sleep underneath a blanket.

While Towanda Braxton posted a video and accused the airline of harassing her sister for #FlyingWhileBlack, Tamar seemed to be forgiving about the whole ordeal.

“It’s not even really the company. Sometimes you hire bad people … you just gotta get rid of the bad people,” she told TMZ. “It doesn’t mean the company is bad.”

Tamar is convinced that the issue was sparked by the way she is portrayed on reality television.

“Because of what people perceived on television is why I was targeted in the first place, and that wasn’t really fair because I did nothing but sit in my seat and put my seatbelt on and try to get home to my son,” she said. “I was targeted because of how someone felt I acted on television or whatever…I treat everyone with respect … It’s unfortunate that that happened. I’m still a customer. Like I said, the company isn’t bad.”

tamarbraxton got ridiculed by a pilot for flying while black on Delta. Wow! I guess being a diamond and double million miler don’t matter… @delta Shame on you… #WhyArePeopleSoMad… https://t.co/uTF11j2Pmz

Now, she is changing her tune and insisting that the situation was pretty traumatizing and even accuses the pilot of calling her the n-word in a lengthy Twitter rant.

Well @Delta I think we BOTH know that is not what happened that day. I did absolutely NOTHING wrong. You let your flight attendant harass me https://t.co/2rkmmgfBAp

“Well @Delta I think we BOTH know that is not what happened that day. I did absolutely NOTHING wrong. You let your flight attendant harass me… Embarrass me, when all I did was sit in my chair NEVER got up, NEVER requested to leave the plane and was asked by the BLACK attendant to “tell her to take off her blanket “after doing so, the question was ” are you willing to comply to the rules of this plane?” Never, Ever had an incident before, and trying to sleep would confuse ANYONE. I then said “of course” what’s the issue?

That’s not what I asked you”. “It’s a yes or no question?”. I AGAIN responded ” “yes, of course,” did I do something? She then looked at my manager, and asked her, “are you recording this?” She says ” yes, because this is crazy. She then said ” ok.” And got the pilot.& LIED as if something REALLY happened. AGAIN, I was asked to remove my blanket, now the ENTIRE plane eyes are on ME. Now the pilot who later Using the term “you people”, acting out of order and further harasses and escalates the situation by not knowing what really happened. I cried and was shaking the entire 3 hours because I felt belittled and mistreated and let’s be honest humiliated.

The head flight attendant later came and apologies & says that the first attendant was wrong & so was her report and if there was ANYTHING she can do, she would help. That is when my manager said yes, she needs an apology ( which I NEVER received) she’s been upset this entire flight. The attendant came back 2 mins later and said the pilot would like to chat after we land. Will you leave the plane last? My manager says sure. Well we should have left because what he then said and DID was worse. I go to the cockpit for what I think is going to be a heartfelt I’m sorry. I thought you were the one who was trying to get off the plane story, It turned into “I asked her to go and see if you were drunk or high. Because In my experience “you people” put blankets over your head. after he quickly saw that my manager was taping he says “what the fuck are you Doing?!! Are you trying to start shit and put this on social media? “You people”do this all the time. I told him “at this point, you can keep your apology. The way you talked to me was hurtful and disrespectful and that I was just trying to get to my kid.” He said ” I don’t know who you think you are, but “you people” do this all the time. And run into my manager Who was talking to the attendant. He says while dropping his briefcase and undoing his tie, and is chest to chest with her says, you trying To put me on tape?” You people” are always trying to start some shit. As if he was going to fight HER!! She says ” I did put you on tape and What do you think you are doing?” The co pilot said “oh man” don’t do this”! Let’s go. The flight attendant shouted “what are you doing! The pilot picked up his bag walked past me and said “this is what these niggers do” they are all the same,” she posted.

“I was in total shock. But more Upset that this was all started by the black flight attendant who watches way to much television. She had absolutely pre judged me, because Of what she “thought” that she knew about me. She lied on me and said I was trying to deplane when it wasn’t me AT ALL. I NEVER got up after I got on the plane. I NEVER gave ANYONE a reason to question me or my conduct. She didn’t kno my flying history but took all of my rights As a costumer away just by noticing who I was & decided to treat me like I was hostile and in friendly. But what is more devistating Is your pilot that is a racist.And while that seems to be tolerated in this country lately,I never thought that I would feel like I was Spat on. It is very scary to have a pilot with that type of rage. With that kind of temper and horror that I witnessed. Who’s to say? That if he ever had a bad day, and was flying a plane what he would do to hundreds of innocent passengers. That is my concern It’s not About the public apology that I deserve especially after lying on me in your statement. It’s about making sure that your employees ALL of them, are willing to leave how they feel about celebrities and black people at home, and do their job. I still support delta However, the way that this was all handled was completely wrong.”

Yikes. If Tamar’s account is true, there should be some serious consequences for everyone involved. Let’s see if Delta responds to her version.