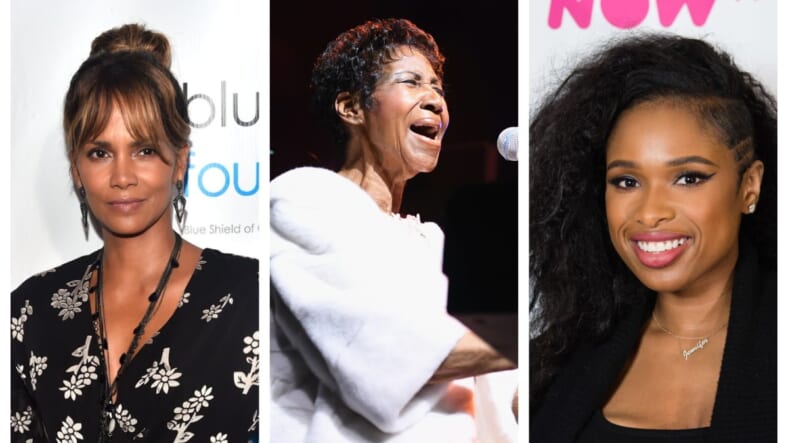 We’re all feeling incredibly sad about the passing of Aretha Franklin, but an argument between two grieving fans led to an unbelievable altercation.

According to Norfolk’s WTKR news, witnesses heard two people arguing about whether or not Halle Berry had ever portrayed the Queen of Soul in a film biopic. Tempers flared during the heated exchange and things quickly got violent, with one of the participants shooting the other.

After 9-1-1 was called the victim, 47-year old Tony Jonathan Lundy, was treated by first responders before being transferred to Sentara Norfolk General Hospital. for serious injuries. Michael Jermell Hatton, was identified as the man who allegedly shot Lundy in the dispute.

Hatton is now sitting in a cell at the Western Tidewater Regional Jail, where he remains held without bond as the investigation continues.

Michael Jermell Hatton, 44, was arrested and charged with aggravated malicious wounding, as well as other charges in connection to shooting Tony Jonathan Lundy, 47, in Suffolk on Thursday, August 16, 2018. (Courtesy of Suffolk Police Department)

As for the premise of the bizarre encounter, Franklin did previously say she dreamed of Berry playing her on film, but the Oscar winner declined, saying she’d only consider the role if she could carry a tune (which she apparently can’t). In the end, Berry didn’t feel she could do Aretha justice.

“I would’ve liked Halle Berry to portray the older Aretha in the upcoming biopic of my life based on my memoir, Aretha: From These Roots,” Franklin once told talk show host, Wendy Williams in response to Berry’s decline.

READ MORE: EXCLUSIVE: Omarosa on her message to the Black community– “I Came Up Short” (Part 1)

“She was my first choice, everything’s subject to negotiation, and she shouldn’t underestimate her own talent. There are a number of other leading ladies out there that can definitely handle the role. I never expected Halle to sing. She’s an actress, not a singer. Many actors have portrayed vocalists by lip-synching to the artists’ original recordings.”

In a nutshell, Berry didn’t play Franklin in a film, nor did anyone else because Franklin’s biopic has yet to be released. Although it is worth noting that in January of this year, Franklin admitted she believed Dreamgirls star Jennifer Hudson was best suited to play her.