Is she invited to the cookout yet? Omarosa threatens to spill more scalding hot tea

“I will not be silenced,” she told The AP earlier this week. 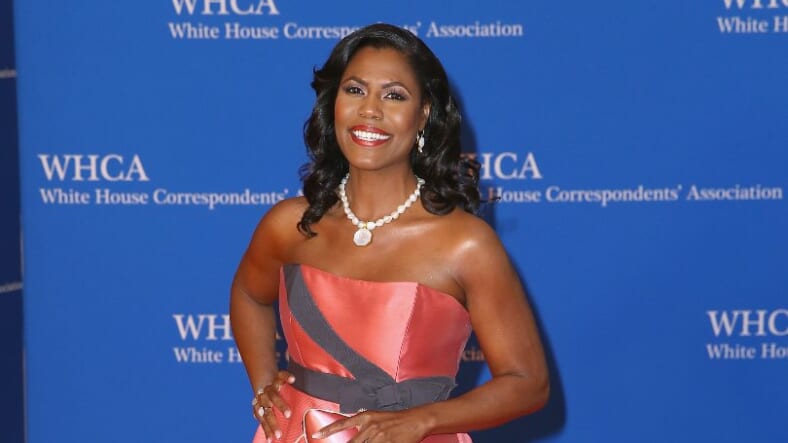 Omarosa Manigault Newman is just getting started. The former White House aide, lawyer and ex-reality TV star has dominated the news cycle with the release of her tell-all book, Unhinged, and the release of audio tapes and other tawdry revelations about the Trump administration.

READ MORE: Black Americans still aren’t inviting Omarosa to the cookout after she turned on Trump

But now, The Associated Press is reporting that she’s preparing to trickle out a “treasure trove” of multimedia tidbits—piece-by-piece—in order to torture her former boss after her unceremonious and very public firing. The AP based its report on a source with direct knowledge of the developments.

“I will not be silenced,” Manigault Newman told The AP earlier this week. “I will not be intimidated. I’m not going to be bullied by Donald Trump.”

So far, Manigault Newman has released audio of her White House firing by White House Chief of Staff John Kelly, a subsequent telephone call with Donald Trump asking her about the firing and a telephone conversation with Lara Trump, the president’s daughter-in-law, seeming to offer Manigault Newman a job with the Trump campaign. In her book, she claims the president was caught on tape many times using the N word.

As Manigault Newman’s revelations were released this week, Trump issued a tweet referring to her as a “dog” – his comment igniting a firestorm of reaction on Twitter from women’s advocates.

The Trump campaign also has announced it will file an arbitration action against Manigault Newman and her publisher, the AP reports. The campaign alleges that both violated a signed agreement with the campaign that prohibited disclosure of confidential information.

Manigault Newsman is not backing down, however.

She told PBS earlier this week, “ “I have a significant amount, in fact, a treasure trove, of multimedia backup for everything that’s not only in “Unhinged,” but everything that I assert about Donald Trump.”