‘Can we talk?’: Why Tevin Campbell was trending on Twitter

It happened after someone mocked a suggestion that he sing at Aretha Franklin's memorial. 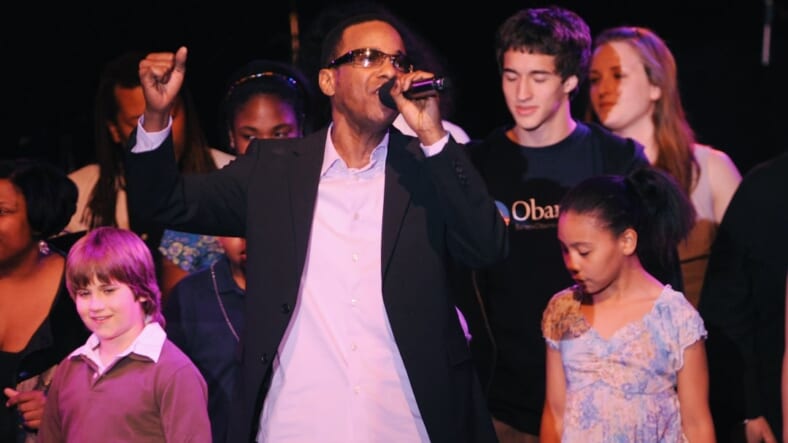 Do not mess with family.

That was the message from Black Twitter this week after a popular author and social media celebrity offered up some snark at suggestions that ’90s R&B crooner Tevin Campbell perform at a memorial for Queen of Soul Aretha Franklin.

Luvvie Ajayi, known as @Luvvie or Awesomely Luvvie, tweeted on Thursday night: “Someone suggested Tevin Campbell to sing at Aretha’s tribute. Under what rock did they pull that name from?”

Someone suggested Tevin Campbell to sing at Aretha's tribute. Under what rock did they pull that name from?

To be fair, Ajayi’s thing is offering up her opinions with a raw twist. She is author of I’m Judging You: The Do-Better Manual.

But her comment regarding Tevin Campbell just went too far—apparently.

Tevin Campbell can sang better that 98% of your faves, and do it effortlessly pic.twitter.com/fMnr8wmQ6x

Twitter followers from award-winning filmmaker Ava DuVernay to award-winning author Roxane Gay were not having it, posting defenses of Campbell or video of him performing with heavy hitters and holding his own.

OMG @ava that would be AMAZING!!!! https://t.co/tegqTys3vd

The backlash became so great that Campbell was trending on Twitter, prompting even Ajayi to take notice.

“Tevin Campbell is trending,” she tweeted on Friday. “Lawdt. I KNOW he can blow but I haven’t heard his name in awhile. People took my tweet and acted like I called his mama a sinner. I ain’t say he can’t sing. Folks added all that stuff to that one tweet. Chisos.”

Responded Twitter user BK Titanji, @Boghuma, “Your tweet was mean spirited and uncalled for girl and yes you questioned his talent. People have a lot of memories tied to ‘90s R&B and Tevin is royalty of the genre, you deserve all the clap backs you are getting. Know better, do better.”

As for Campbell, he’s choosing to take the high road, tweeting remembrances of Franklin and thanking his fans:

I am truly touched by the love fans on twitter have for me. I love em all back!!!!

He even tweeted a receipt for a meeting with the Queen herself.

The only celebrity that made me nervous…each time I saw her I acted like a nervous fan. The first thing she would say to me was “How is your mom?” I literally studied every movement, every specific great thing she did with her voice. This queen was/is everything to me. ?? pic.twitter.com/pKBg7V2Cps

Here he is singing, “Can We Talk.”