Lee’s new film, hailed by some critics as his best yet, is based on a memoir by Black Colorado Springs Police Detective Ron Stallworth. 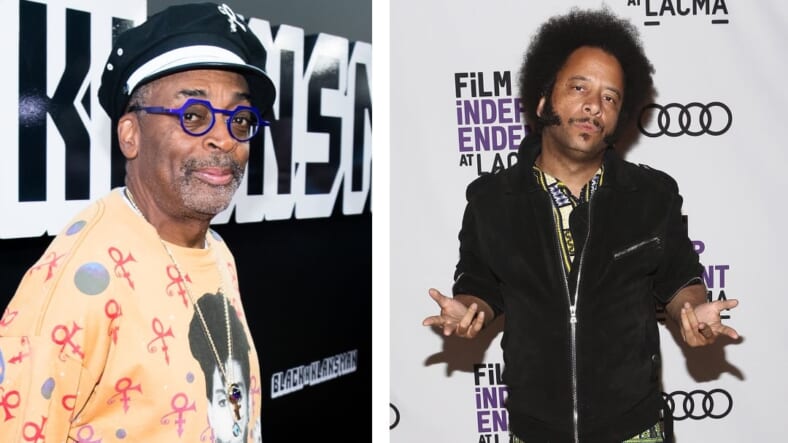 Rapper, screenwriter and film director Boots Riley might be the only person who isn’t raving lately about Spike Lee’s new movie, BlacKkKlansman.

Riley published an essay on Twitter taking Lee to task for creating a film that is not based in fact and wrongly paints its central figure as a hero.

Lee’s new film, hailed by some critics as his best yet, is based on a memoir by Black Colorado Springs Police Detective Ron Stallworth, who allegedly infiltrated the Ku Klux Klan to help bring down its members.

Riley, a Chicago native born Raymond Lawrence Riley, does begin his three-page tome with proclaiming that he holds Lee in the “highest respect as a filmmaker. He credits Lee with motivating him to go to film school.

But that’s where the adoration stops. The main problem, Riley writes, is that the film is not based on fact, Riley writes.

“It’s a made-up story in which the false parts of it try to make the cop the protagonist in the fight against racist oppression,” according to Riley.

The real Stallworth infiltrated a Black radical organization for three years, Riley writes. Stallworth actually was part of the FBI’s Counter Intelligence Program, or cointelpro, which spied on Black activists.

Riley wrote that he believes that the purpose behind Stallworth’s memoir was “to put himself in a different light.”

Lee has not issued any comment via social media.

Riley is director of Sorry to Bother You, a dark comedy based in Oakland that echoes themes of slavery.

READ MORE: Here is why John David Washington doesn’t want to be known as Denzel’s son