The actor wants folks to know he made it on his own. 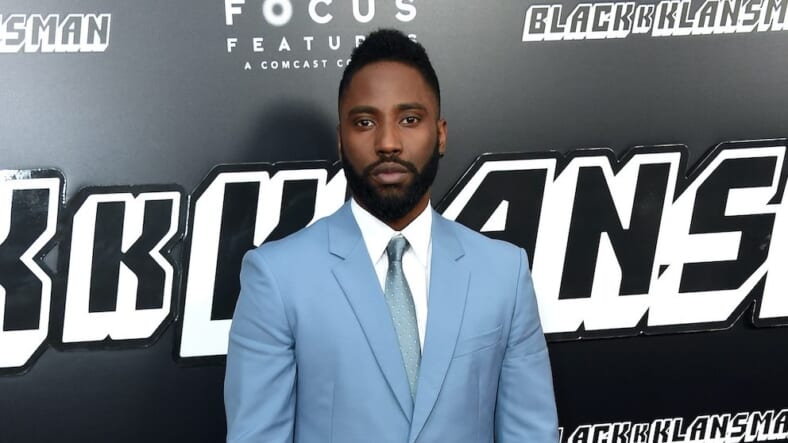 When John David Washington burst onto the scene in his role on Ballers, few people realized he’s the son of Denzel Washington. Now, the actor who stars in Spike Lee‘s Black Kkklansman is revealing his reason for trying to keep his famous father’s rep separate form his own.

The actor who spent six years playing football professionally says sports were a way for him to gain independence from his famous last name.

“When I saw that it was about me and not my father, it was like a drug…I got addicted to that. To being able to be appreciated, separate, independently of a name,” he told Sports Illustrated. “My father couldn’t help me in that industry,” Washington says. “Probably hurt me, being related to him.”

When an injury sidelined him for good, John David Washington focused on acting, but wanted to keep his relation to his Oscar-winning father under wraps for as long as possible.

Washington says his Ballers gig is important for several reasons. “It humanizes them,” Washington says. “The show gives a fun insight into how the business is and how the players get treated.”

Even though he made it clear that being Denzel’s son wasn’t always easy, he joked that his mother, Pauletta, posed ore of a problem at times.

“They were very supportive parents in all my endeavors. They have very different approaches on how they give advice,” he said. “My mother is very positive, and encouraging, and nurturing, as a mother should be. She’s my auditioning partner. She says when it’s not good enough, she says when I’m ready. ‘Work on this.’ That kind of thing. She helped me get Ballers. We worked a lot on that. Now the old man, he has a different approach.”

Now that the cat is out of the bag, Washington’s leading role in Spike Lee’s latest flick solidifies the fact that his talent is all his own.