Black Glam: Celebrity hairstylist Larry Sims on how he cultivated his dream career

Find out how Sims went from choreographer to hairstylist to the stars. 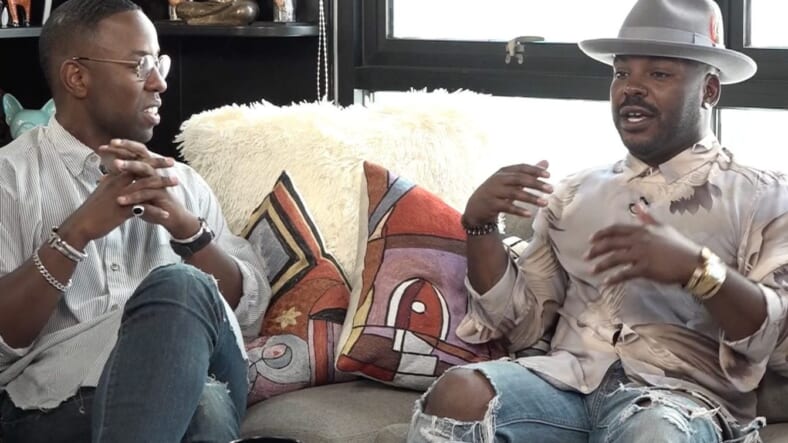 Johnny Wright is back with a new episode of Black Glam where he will takes us inside the world of celebrity styling and shares stories from the folks who beautify the biggest Black stars in the industry.

On this episode, Wright sits down with hairstylist to the stars, Larry Sims to find out how he got his start and became the go-to hair guy for stars like Gabrielle Union, Tracee Ellis Ross, Mary J. Blige, and so many more famous faces.

You may recognize Sims from his Bravo reality show, Invite Only Cabo, but he has been working his way up the hair chain of fabulousness for years and he’s ready to share his inspiring success story.

In 2002, Sims made the jump from choreography to cosmetology when he enrolled at the “Harvard of hair,” Pivot Point International in Chicago. After nabbing a gig as Wright’s assistant, he managed to master the skills necessary to dominate the industry and handle hair duties for A-listers like Zendaya and Queen Latifah.

“It was like working with a friend and somebody you admire at the same time,” Sims says of his experience working under Wright. “Everything that was beautiful that had any attachment to hair, I was just enamored by. I just loved it.”

Larry Sims reveals that one his game-changing moments was when he gave Victoria Beckham a bob and the style took on a life of its own. He also admits that despite his passion for perfecting tresses, there have been times when he has thought about giving it all up.

Check out the full interview above to find out how Larry Sims followed his dream and became one of the most sought-after hairstylists in Hollywood.

You can also catch Johnny as he hosts our style series, The Fashion Cafe, alongside Ariana Soleil as they both deliver all the details of the latest fashion finds and trends to try.