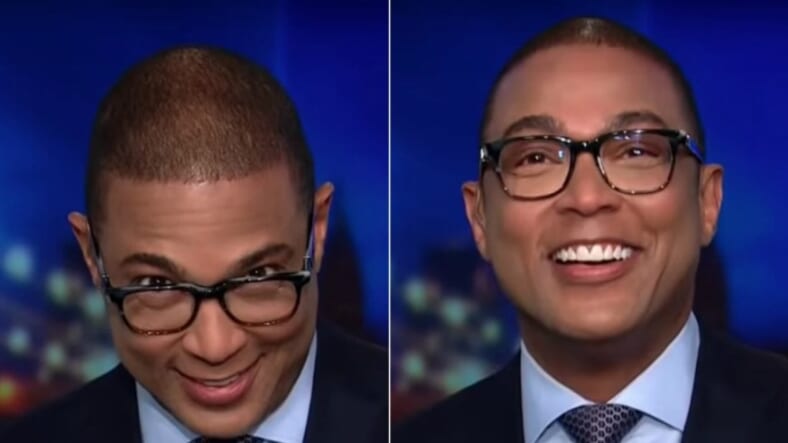 Apparently, President Donald Trump doesn’t hold any truths to be self-evident, and neither does his lawyer Rudy Guiliani, who proclaimed that the “truth is not the truth” while appearing on NBC’s Meet the Press.

While Guiliani did his best to twist the definition of truth, CNN’s Don Lemon couldn’t hold back his laughter as he fact-checked Guiliani and the President by playing back a medley of interviews where they made a series of egregious lies and tired to normalize it.

In one clip Guiliani said, “facts are in the eyes of the beholder.”

“Facts are facts. Facts are not in the eye of the beholder,” Lemon said.

That ridiculous statement stunned Lemon who shook his head in disbelief.

“This is an administration that has tried to distract and deflect from the facts literally from day one. When then-press secretary Sean Spicer, remember, tried to claim that President Trump’s inauguration crowd was the largest ever,” Lemon said.

He added, “You can’t make this stuff up.”

“All of this coming from a president who lies on a daily basis. According to our friends at The Washington Post, President Trump has made well over 4,200 false or misleading claims in his presidency so far. An average of 7.6 per day.”

Trump urged his supporters in in Kansas City at the VFW Convention to disregard what they hear. He has taken aim at reputable news outlets.

“Stick with us. Don’t believe the crap you see from these people, the fake news. What you’re seeing and what you’re reading is not what’s happening,” President Trump said during the convention.

Recently, after being referred to as “dumb” by the President, Lemon fired back at Trump, calling him a racist and a bully who uses hateful tactics to try to diminish black intellectuals, Newsweek reports.

The dust-up between Trump and Lemon took flight after Lemon’s interview with basketball star LeBron James. The LA Lakers player, who recently opened a school in his hometown of Akron, criticized Trump saying he used sports to divide people.

Watch the video below via CNN: