Major Key: Jay-Z and Beyoncé get keys to the city of Columbia, SC 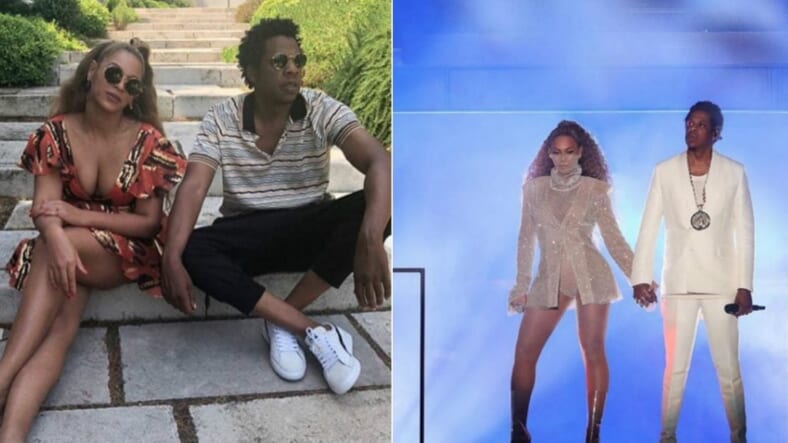 They got the keys!

On Tuesday, superstar duo Beyonce and Jay-Z were honored with the keys to the city of Columbia, South Carolina, during their “On the Run II” tour stop in the town, WLTX reports.

Columbia Mayor Steve Benjamin presented Jay-Z with the key encased in a box backstage after their concert and proclaimed it was “Beyonce Knowles Carter and Shawn Carter Day” across Columbia. He posted a photo of a proud-looking Jay-Z holding the accolade.

Late night but what an incredible show at #OTRII in @ColumbiaSC ! It was wonderful to have a chance to recognize the humanitarian & cultural contributions of Mr. & Mrs. Carter. August 21st was officially “Beyoncé Knowles Carter & Shawn Carter Day” in @ColumbiaSC @Beyonce @S_C_ pic.twitter.com/EdNUNWwzty

“Late night but what an incredible show at #OTRII in @ColumbiaSC !” Benjamin wrote in the post.

“It was wonderful to have a chance to recognize the humanitarian & cultural contributions of Mr. & Mrs. Carter. August 21st was officially ‘Beyonce Knowles Carter & Shawn Carter Day” in @ColumbiaSC @Beyonce @S_C_”

“Beyoncé and Jay-Z have contributed tremendously to not only popular culture and the entertainment industry but also to humanitarian aid in the United States and around the world,” Mayor Benjamin said. “We’re delighted to proclaim this day in their name and give them yet another reason to come back to our city.”

Jay and Bey performed at Williams-Brice Stadium. The tour is a family affair and according to a People source, Beyonce and Jay-Z were joined on the highly anticipated tour by their children—daughter Blue Ivy, 6, and twins Sir and Rumi, for the whole thing. “They will all travel together and have a fun family adventure.”

While Beyonce wasn’t pictured, sources say she’s also super busy behind-the-scenes, working on her seventh solo album that promises to be more visually appealing than Lemonade and could be a Netflix feature.

Sources have told The Sun that Beyoncé is exploring a deal with the streaming service.

DJ Khaled and Chloe x Halle opened for U.S. leg of the tour. That’s fitting because DJ Khaled released a single entitled “I Got the Keys” featuring Jay-Z and Future that was  featured on his album “Major Key.”