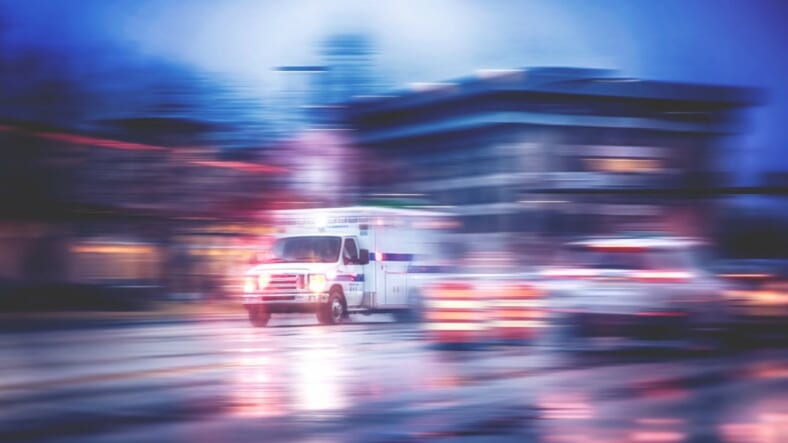 A reckless internet challenge resulted in a 12-year-old getting severely burned from head to toe, after her friends urged her to do the viral “fire challenge.” Her mother Brandi Owens is upset and questioning their motivations after flames consumed her daughter’s body and nearly killed her, the Washington Post reports.

READ MORE: Howard U swim team phenom set to make a splash at the 2020 Olympics

Owens, who lives in Detroit, said her daughter Timiyah Landers and her two friends took on the popular teen challenge that has taken over the internet with videos of young people pouring alcohol on themselves before igniting their body parts. It’s the newest wave of dangerous internet crazes much like the one where teens were consuming toxic Tide Pods or rubbing salt on their arms and then putting ice on it to create severe burns.

But Owens had never heard of the fire challenge and didn’t think twice about her daughter possibly taking part.

Owens said she heard a pop and the turned to her fiancé Marquell Sholar and asked: “What was that?” she told The Washington Post.

It was her daughter Timiyah running down the hall engulfed in flames, Owens said.

She “looked like a fireball. She was yelling, ‘Help me,’ ” Owens recalled.

Sholar and Owens rushed to Timyah’s aid, drenching her in water in a bathtub while Owens tore off her daughter’s clothes, also burning herself in the process.

“I was reaching through the fire,” Owens said, adding that she didn’t even realize she had burned her hands. “It was like a reflex. . . . I didn’t even feel the fire, I was just saving my daughter.”

The two raced to get Timiyah to the hospital and all the while Owens tried to make sense of what she had just seen and prayed for her daughter.

The girl remains in intensive care, with second- and third-degree burns covering half of her body. Owens said she is on a ventilator and needs a feeding tube. Her body was covered in heavy white bandages.

Owens asked the other girls what happened and they explained that Timiyah wanted to try the “fire challenge” after one of the girls tried it herself at her home.

“The girl said it seemed like fun,” she said, “you just have to be by water when you’re doing the fire challenge, so my daughter offered to try it.”

But something went terribly wrong and Owens believes it has to do with the perfume Timiyah also had on, making her whole body flammable.

“When she put the alcohol on her and the girl lit the fire, it just basically blew up because she already had flammable things on her anyway, perfumes and stuff like that,” Owens said. She said the other girls are now traumatized after the challenge went awry, adding that Timiyah’s friends were also traumatized from the incident.

“They weren’t expecting it to go that way,” she said. “It was just a challenge, so it’s a lesson learned for all of them.”

Owens said the YouTube video made her daughter curious and said she hopes they can be taken down to prevent this from happening to more kids.

“When they look on YouTube, they see, ‘Oh okay, wow, I want to try that, the outcome with him was okay,’ ” she said. “Some kids know their right from their wrong, but they can still be curious to try something, to say that they tried it.

“If we weren’t home, she’d have died,” Owens said. “Those kids wouldn’t have known what to do, but to sit there and let her burn. It’d have been pretty much over for her.”